The Russian erosion of Moldova’s sovereignty: is Chisinau in danger from a second “Dodonization” 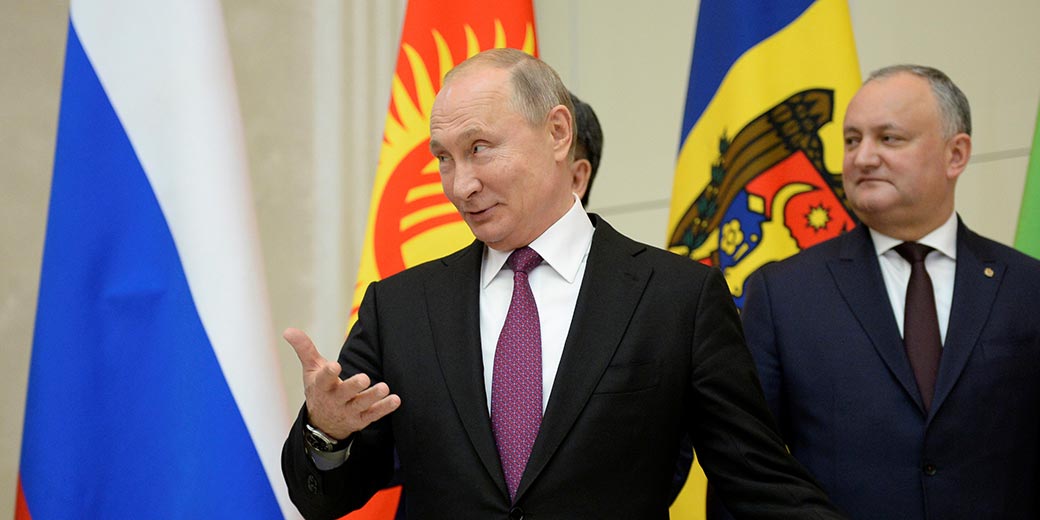 On November 15th, 2020, Maia Sandu defeated the then incumbent President of Moldova Igor Dodon in the second round of the presidential election. A bit more than a month later, on December 24th, the inauguration of the newly elected head of state was held in Chisinau.

Sandu, the leader of the Action and Solidarity political party, is considered a pro-Western politician, and Dodon – as one of the most pro-Russian in the entire post-Soviet space. The latter has officially visited Moscow several times. And, most importantly, Dodon has never been to the capitals of neighboring countries – Romania and Ukraine, which have a rather cool relationship with the Russian Federation.

Thus, the people of Moldova, having chosen the candidate with the opposing political views, gave the country a chance to move away from the vector which prevents it from full integration into the Western world.

However, a chance is not a guarantee yet. After all, Moldova is a parliamentary republic where the president plays quite a small role. Moreover, Dodon, shortly before Sandu’s inauguration, signed a law to reduce the presidential powers of his successor. Thus, the parliament of Moldova became the maker and shaper of the country’s destiny.

For example, the Socialist Party of the Republic of Moldova (PSRM), which is actually controlled by Dodon, is currently the one with a parliamentary majority, and this has allowed it to pass the laws that are rather “toxic” for the country. For example, the adoption of the law "On the functioning of languages", which gives the Russian language the status of interethnic communication (later, the Constitutional Court of Moldova found it unconstitutional).

It is worth noting that the socialists’ behavior is not surprising. And this has the following explanations.

First, Igor Dodon wanted to show that he fully controlled his political environment, especially on the eve of the 16th PSRM Congress (on December 30th). Secondly, Dodon wanted to send out a signal to Moscow and show that he is still the best defender of Russia’s interests in Moldovan politics. After all, as it was mentioned, during his presidency, Dodon maintained close relations with the Kremlin, and cutting ties with it is like curtains for his political career.

It is clear that this situation, when Dodon remained the de facto leader of Moldova, caused dissatisfaction among the citizens. For example, on December 6, in the center of Chisinau, about 20,000 people demonstrated to express their support of the pro-European Sandu, demanding the government’s resignation and early parliamentary elections.

However, despite the fact that the Prime Minister Ion Chicu had resigned before Maia Sandu’s inauguration and no matter that after taking an oath Sandu started to perform her duties, the parliament, due to the decision of the Constitutional Court of Moldova based on the lack of constitutional rights by 2/3 of deputies’ votes to dissolve it, remained to work in the current convocation.

Thus, Moldova has the political status quo when the President Sandu does not have the fullness of real power and is not a part of the political force which could de facto run the republic. And this is a serious problem for the new leader. After all, despite the fact that Sandu has already visited Brussels (after a visit to Kyiv), the absence of a pro-European parliamentary majority in the parliament cannot currently allow Moldova to gain financial assistance from the European Union or launch the joint projects with the EU.

It is clear that this situation will be a major obstacle to the reform progress of Sandu, who has promised to focus on the implementation of the Association Agreement with the European Union and to provide macro-financial assistance to the republic from the Western partners. Not to mention the withdrawal of the Russian military contingent from the self-proclaimed Transnistrian Moldovan Republic and its replacement by the UN or the OSCE peacekeeping forces, as Sandu emphasized both in her election campaign and as a prime minister. It is clear that the Socialists and other political forces opposed to the president will immediately take advantage of Sandu’s inability to keep her promises. The more the reforms are delayed, the more Sandu’s opponents will put the whole blame on her.

Thus, during the above-mentioned XVI Congress of the PSRM, members of this political force criticized Sandu’s statement concerning Russian troops’ withdrawal from Transnistria and the foreign politicians’ reports about the decisions made by the parliament. In their view, this indicates “the attempts to introduce a regime of external governance in the country”. And it will be more debated all the time.

Sandu’s poor results sooner or later might tip the scales not in her favor. Four years will pass too quickly, after which the revenge factor may brightly loom over the Bessarabian political horizon.

Igor Dodon, or his successor, will do well to serve Vladimir Putin and the Kremlin capital, getting ready to launch a fatal blow against Maia Sandu. Moscow is doing everything possible to get Chisinau back to its orbit.

It is not an understatement to say that Putin has recently reacted particularly sharply to everything that was happening in the post-Soviet space. After all, from the very beginning of his rule, for more than two decades, he has presented himself as a strong government and guarantor of stability – both at home and abroad. Today, he will have to fight the “fires” that are becoming increasingly frequent and dangerous for the regime.

If, for example, the occupation of Crimea and Donbas, intervention in Syria and resistance to Western sanctions can be seen as the culmination of Putin’s rule, accompanied by a record support from the compatriots, the regime has since entered a phase of gradual decline. Last year the trend became especially noticeable – with a significant loss of Russia’s geopolitical position in the post-Soviet space – in Belarus, the Caucasus, Kyrgyzstan, and more recently in Moldova…

Relations with the West are in crisis. The economy being dependent on oil and gas exports is cracking at the seams, forcing Putin to resort to manipulation and fraud to ensure his ability to rule as long as he could. And then there was the situation with the opposition leader Oleksiy Navalny.

Therefore, Putin is now caught in an impasse like never before. And this makes him even more dangerous than he used to be.

It was also revealing that, even in congratulating Sandu on her victory at the presidential election, Putin recalled that her country was heavily dependent on Russia and should take this into account, repeating the Valdai discussion club mantra when Putin said, betting on Dodon, that Russia was expecting the Moldovan people appreciate the efforts of the President of the Republic to build relations with Russia, because the fate of Moldova’s economy depends on contacts with his country.

“We see what is happening around Moldova, and we know the needs of the Moldovan people concerning the development of democracy and economics on the other hand. But who buys the Moldovan wine? Will they buy the Moldovan wine in France? Who needs it on the European market? They have their own one to burn…” – Vladimir Putin commented on the events in Moldova shortly before the first round of the presidential race, implying that there was no alternative to Igor Dodon’s candidacy.

In view of the foregoing, it is clear that Russia will do everything possible to keep the former post-Soviet republics in their claws. That is why people like Igor Dodon are a vital resource for maintaining Russian hegemony in the region. Therefore, Moldova and its new leader should pursue a well-thought-out policy, taking into account the parliamentary and reformist dimensions, in order to prevent the pro-Russian revenge, which, apart from total erosion, cannot bring anything good to Chisinau’s sovereignty.