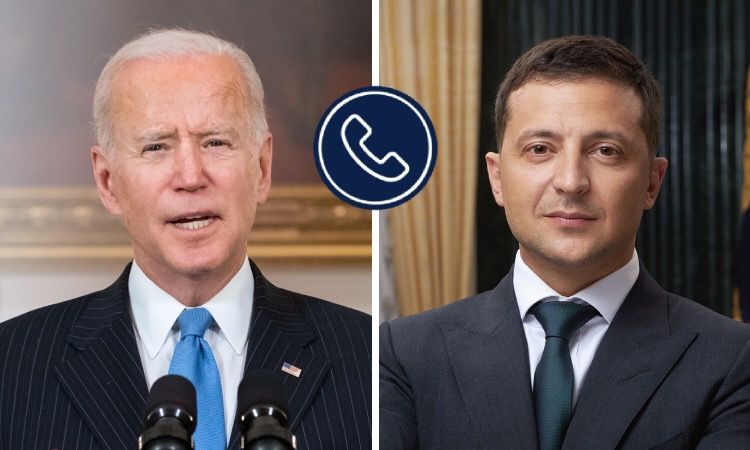 After months of waiting, the US President Joe Biden and the Ukrainian President Volodymyr Zelenskyi had the first voice contact on April 2, 2021.

It has been repeatedly reiterated in the media that such talks should have taken place a long time ago, given Washington’s interest in our state. Many different causes for this delay were mentioned (even by the White House and the State Department): pursuing (refer to as strengthening) the fight against corruption (refer to as oligarchs), continuing reforms in Ukraine, especially in the law enforcement system, the judiciary branch and anti-corruption bodies. As for the names of the oligarchs, the name “Kolomoisky” was the most frequently cited. Struggle against the latter is a litmus test showing how the sixth head of our state matches the well-known cinematic image, which 73% of voters once believed in.

Over the last week, the Ukrainian-American relations have been quite vibrant. One might even say they were unprecedented, and here we can fully agree with the assessment of the Minister for Foreign Affairs of Ukraine Dmytro Kuleba. After all, over the short term the National Security Adviser to the US President engaged in a dialogue with the Head of the Office of the President of Ukraine, also the discussions were held between Foreign Ministers of the two countries, Chiefs of General Staff and Defense Ministers of the two countries. Eventually, Biden had a long-awaited half-hour phone conversation with Zelenskyi.

What has changed in the domestic political life of Ukraine? Has the oligarch been imprisoned? Or have the fundamental reforms been carried out? Has corruption disappeared and the judges become crystal clear? Obviously not. The only thing that has happened and has been going on for seven years is the war. The aggression of the Russian under-empire against the sovereign state of Ukraine, the aggression which the residents of the “Kvartal 95” of the President’s Office preferred to ignore. And let’s face it: in two years being the President of Ukraine, Volodymyr Zelenskyi has avoided directly accusing Russia of a hybrid war and may still be trying to “see peace in Putin’s eyes”.

Speaking the truth, everything that happened last week was not the accomplishment of Ukraine. No matter how sad it may be to admit. Moreover, the level of direct threat to our state from Moscow has become so great, (only the laziest has not mentioned it in recent days) that the White House decided to put the “nuances of reforms” and problems of Ukrainian domestic political development aside and show Putin that, despite everything, Ukraine has allies. It is noteworthy that the same support for Ukraine was expressed by Great Britain and Canada; however France and Germany (as well as the EU as a whole) are probably waiting for the best moment to express their famous “deep concern”.

Once again we can state that it does not matter for the Kremlin who is the President of Ukraine, if this is not Medvedchuk. And neither Zelenskyi, nor anyone else was able to see “peace in Putin’s eyes”. Not because they do badly to see, but because there is simply no peace acceptable to Ukraine in the eyes of evil Putin.

However, we can also be sure that we have the allies able to turn a blind eye to our problems and inconsistencies (quite serious ones) and at the right time to show the world, especially to the host of the Gelendzhik Palace, that Ukraine will not be left alone with its enemy, no matter how long Europe chooses the right wording for its concern. One should harbor no illusions, though: the United States Marines will not land in Mariupol or Odessa, and Ukraine’s military airfields will not start accepting equipment from overseas and the escorted aircraft carriers will not enter the Black Sea. Ukraine will have to be its own force protection, if necessary. It should be clearly understood.

As is to be clear that the victory over Moscovia will not be lightning fast and provided by others, e.g. the United States or Britain. Unfortunately, it must be earned through blood and sweat. However, we are able to get help at the international level, maybe even receive weapons and equipment, logistical support and money from the Anglo-Saxon world. It is well worth being strived for and proved that the phone call was not in vain.