Cultural diplomacy of Ukraine in Romania: The need of reboot and update 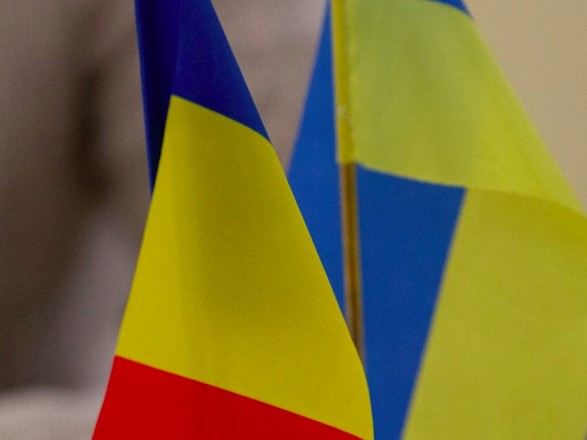 Cultural diplomacy is an important factor in the formation and development of successful interstate relations, while interstate relations themselves are a complex and multi-stage process, during which acute political, legal, economic and social problems must be solved as well as adequate answers to the challenges of the times must be found.

For a long time, Ukraine had an image inseparable from Russia. Since 2014, it is obvious that it is separated from both post-Soviet and Russian mass culture, acquiring its own image and face. According to the aggressive policy of the Russian Federation, the events of recent years in Ukraine and the spread of false information about our country today, the problem of Ukraine's image in the world is extremely relevant. It is necessary to prevent the distortion of Ukraine's image and positively influence the creation of a positive image of us by the international community. It is time to turn to the "soft power" of foreign policy, including the means of cultural diplomacy, strengthening Ukraine's cultural presence in the world, seeking dialogue and establishing new relationships. Cultural diplomacy is a powerful potential of the state in the international arena, which allows the dissemination of information about the country through cultural and artistic events, cultural institutions, promotion and promotion of language, art, cultural heritage and national cuisine; formation of a positive image of the country in the world; establishing bilateral relations with the host country; spreading political influence in the host countries; promoting the economic development of the state, entering new markets. Culture is one of the most effective means of economic development.

Ukraine and Romania are closely connected not only by the presence of a common border, but also by a common historical and cultural past, living in both countries of the national minority of the other side.

Romanian minorities in Ukraine and Ukrainian minorities living in Romania are factors that ensure constant interaction between the two countries. It is reasonable to mention, that the national minority is an important resource for effective cultural diplomacy.

The acutest discussions, which did not allow the countries to move forward, arose against the background of mutual suspicion of insincerity of the parties.

2014 doted the “I’s” - those who swore in eternal friendship, committed an act of aggression against Ukraine. Instead, Bucharest, which was sometimes seen in Ukraine as a major threat to national security, helped Kyiv. Of course, the renaissance of Ukrainian-Romanian cooperation has not resolved the baggage of problems that have accumulated over more than twenty years of tense relations, but now at least there is hope for the development of trusting cooperation based on the security first approach. The emergence of a common threat has forced neighbors to reconsider relations. The reason for the intensification of bilateral relations was the awareness of common security threats.

In accordance with the Decree of the President of Ukraine of February 20, 2006, a Cultural Information Center was established within the Embassy of Ukraine in Romania, which was officially opened in Bucharest on October 31, 2007 as a part of the official visit of President Victor Yushchenko to Romania.

During the ten years of the center's work, its activities were aimed at strengthening bilateral relations between Ukraine and Romania, deepening cooperation in the cultural, humanitarian and information spheres; dissemination in Romania of information about Ukraine, its history and culture, tourist opportunities and attractiveness; strengthening ties with the Ukrainian minority, helping to meet its national and cultural needs.

Particular attention was paid to further strengthening reletionships with the Ukrainian minority in Romania and supporting the practice of meeting cultural, linguistic, informational and spiritual needs, and obtaining education in the native language. In view of this, the Embassy and the Cultural Information Center in its liaison with the Ministries of National Education and Culture of Romania, as well as representatives of the Union of Ukrainians of Romania (SUR) care about the needs of the Ukrainian community in classical and fiction, other printed Ukrainian studies. illustrated materials for the design of classrooms of the Ukrainian language and literature of Romanian educational institutions in which these subjects are taught. Such issues are systematically raised during the periodic meetings of the Ambassador and the Embassy staff with the leadership of the SDS and activists of the Ukrainian community in Romania.

The actions of the Cultural Information Center (CIC) within the Embassy of Ukraine in Romania are subordinated to the implementation of the above tasks and representatives of the Ukrainian community in Romania, thematic photo and art exhibitions, demonstrations of Ukrainian films, etc. All these steps are carried out with the participation of the leadership and members of the Union of Ukrainians of Romania, citizens of Ukraine permanently residing or temporarily staying in Romania, representatives of the Romanian public, scientific, business and artistic circles, media workers, Embassy staff and their families.

The measures taken in recent years, which also affected the Ukrainian community in Romania, can be divided into two categories.

The work plans of the Advice and Information Centre within the Embassy need to be updated immediately, as it does not meet the demands of time and reality. There is no understanding of modern cultural diplomacy, and as a consequence there are no ways to implement it effectively. Very often the work of the Advice and Information Centre reflects the traditional approaches of the Embassy to educational activities and cultural cooperation.

Some steps towards cultural diplomacy towards Romania and Ukraine have been taken by the Ministry of Culture, which has posted on its website information on the development of the draft Concept of the Taras Shevchenko Ukrainian Institute with an invitation to send suggestions and comments. The project, in particular, provides for such important points as geographical priorities when forming a network of cells abroad. Among them are the countries of Central and Eastern Europe, where there is a significant interest in Ukraine and its culture (Poland, the Baltic States, Georgia, Belarus, the Czech Republic, Romania).

Significant efforts should be made to form a positive image of Ukraine in the media space of Romania as a state that has enriched the world with its history, customs, spiritual culture, artistic and literary traditions. In the neighboring country there is not enough information about contemporary Ukrainian art, cinema, theater, music. The task of forming the image of Ukraine as a modern European country, which presents its culture and is open to the perception of other cultures, should become urgent.

Ukrainian culture is recondite in Romania, so it is worth promoting your own culture, because it is unique and inimitable.