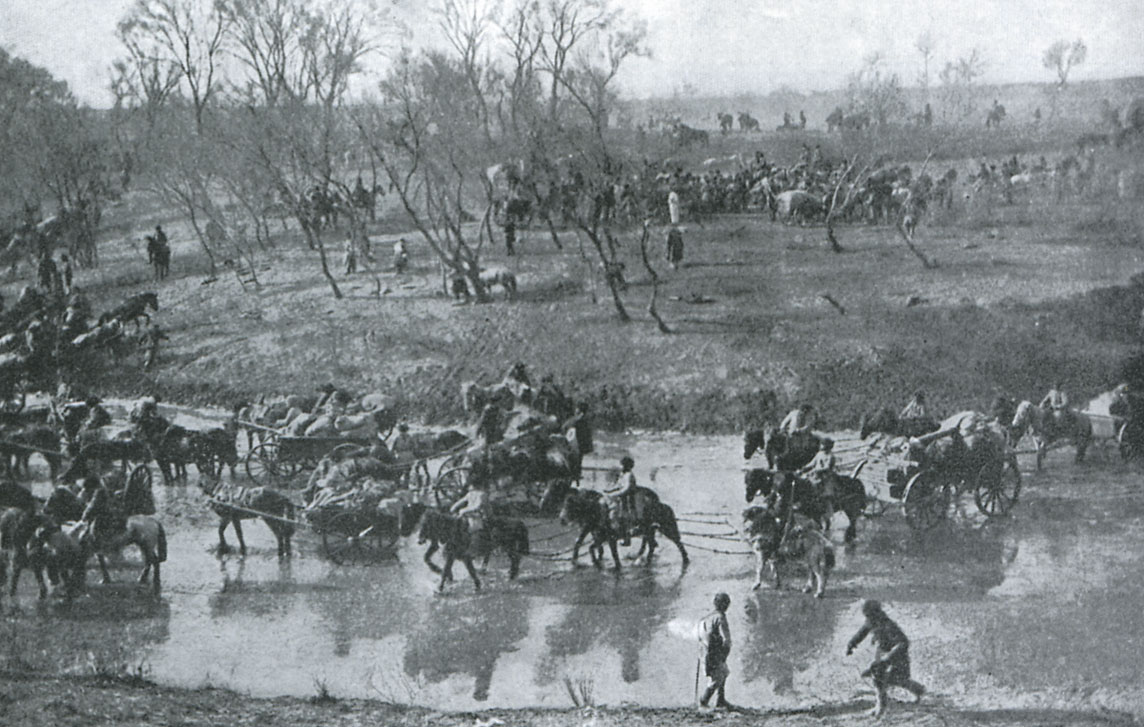 In coming to terms with the Ukraine-Russia War commentators are searching for comparisons to previous conflicts that puts the war in historical context and understand what the future might hold. While no historical parallel is perfect, referencing previous conflicts gives a frame of reference from which to look at the current one.

There are many events and battles with similarities to the ones now being fought. For instance, the siege and indiscriminate destruction of Mariupol has been compared to the sieges at Stalingrad and Sarajevo. The near catastrophe at the Zaporizhzhia Nuclear Power Plant immediately began drawing comparisons to the meltdown at Chernobyl. The Battle of Kyiv could end up being comparable to the destruction of Grozny by Russian forces during the Second Chechen War. As for the war, perhaps the most apt comparison is to a relatively recent conflict, one that very few commentators are referencing. In the annals of Russia’s numerous disasters during the 20th century, one of the most forgotten is the initial one, their defeat in the Russo-Japanese War (1904-05).

The Road To Disaster – A Path Paved With Bad Intentions
Just as Vladimir Putin arrogantly chose to attack Ukraine, so too did hubris play a decisive factor in Russia going to war with Japan in 1904. At the time, Europeans looked down their noses at the Japanese with scarcely veiled racial condescension. It was thought that the Japanese would be no match for the mighty Russian military. The Russian leadership assumed that the Japanese were overmatched. Much the same attitude was displayed by Vladimir Putin in making the unilateral decision to invade Ukraine. His use of the term “Special Military Operation” made it sound like a local affair that his special forces would take care of in a matter of days. Referring to the Ukrainian leadership as drug addicted Nazis was patently absurd. Smug arrogance and rabid name calling turned out not to be a substitute for having an organized campaign. All Russia has got thus far for their troubles are tens of thousands of casualties, punitive sanctions that will cause irreparable damage to their economy and a loss of prestige that will last at least a generation, possibly more. Now Putin knows how Tsar Nicholas II felt during the war with Japan.

The Russian Empire went to war with Japan in search of a warm water port. It’s largest port in the east, Vladivostok, was frozen over for part of the year. Oddly, the Russians already had a lease from China on Port Arthur. That turned out not to be good enough for them. They sought full control of the port, plus northeastern China, and part of the Korean Peninsula. The Japanese were willing to compromise, but the Russians rejected attempted to negotiate a settlement. One of the major differences between the Russo-Japanese War and the Ukraine-Russia War is that the Japanese were the first to attack, but the Russians should never have let it get to that point. After the attack they had no choice but to respond, putting them in an untenable military situation.

Outside Influence – A Negotiated Peace
While the first 25 days of the Ukraine-Russia War has seen some limited Russian successes, particularly in the south, it has come at an extremely high cost in losses of men and material. Victories have been rare. The effort to take Kyiv has stalled. The Russians do not seem to be getting any closer to capturing their most important objective. Troops have been called in from the Far East, Russian mercenaries from Africa and now Syrian fighters are being sought. It is doubtful if any of these forces will be anymore successful than their predecessors. The Russian Air Force in 2022, is performing about as well as the Russian Navy in 1904-05. Thus far, they have been unable to establish air superiority, despite facing a badly outnumbered Ukrainian air force.

The Russian Air Force seems either unable or unwilling to knock out Ukrainian air defense systems. Despite what should be overwhelming superiority in men, material and munitions, the Russian military has repeatedly failed to achieve any signal successes. The performance has done grave damage to their reputation. The same outcome thing happened to Russia in their war against Japan until a peace settlement was negotiated. Bringing the war to a conclusion required outside influence. The United States helped the Russians and Japanese negotiate the peace that ended the war in 1905. The Japanese gained control of the Korean Peninsula and Port Arthur, the Russians got off relatively easy by not having to pay indemnities to Japan, which had nearly been bankrupted by the war.

In addition, the Russians were accused of committing mass atrocities on the native Chinese population in Manchuria. No one was held accountable for these war crimes. Total casualties were upwards of 170,000. It was the first major war of the 20th century and a harbinger of worse to come. While it remains to be seen how the Ukraine-Russia War will end, it is also almost certain that as in 1905, the United States will be involved in the negotiations. While the war may end, the ramifications of it will prove long lasting. For example, the most consequential outcome of the Russo-Japanese War was the 1905 Russian Revolution, an uprising spurred by Russia’s defeat. This would weaken Tsar Nicholas II’s rule. The same thing could happen to Vladimir Putin in the coming months or worse.

Transformative War – The Consequences To Come
The parallels between the Russo-Japanese War while not perfect, contain eerie similarities to the current conflict in Ukraine. It is a reminder that this is not the first time Russia has been involved in a disastrous war against a supposedly lesser foe. Sometimes history does repeat itself. What will be different this time are the unintended consequences. What those consequences will be no one can say, but they are sure to be transformative.