Ecology has no strength against geopolitics: the Nord Stream-2 as a Bringer of industrial disaster in the center of Europe 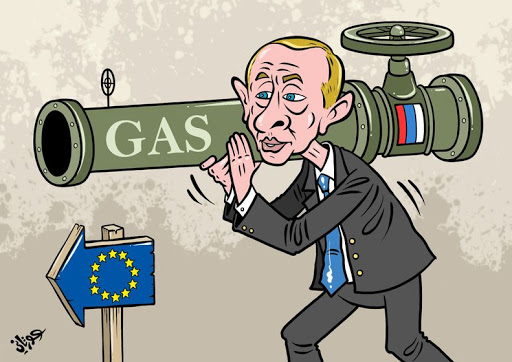 The refusal of the foreign companies to attract advanced technological fleet did not prevent Russian Federation from the further completion of the Nord Stream-2 gas pipeline. After all, the Russian leadership has decided to continue its construction on its own.

However, the Kremlin is intended to complete the pipeline by the vessels, which are in a pre-emergency condition and are technologically obsolete. These include, in particular: the Venie, “Vladislav Stryzhov”, “Yurii Topchev”, “Katun”, etc. For example, the above-mentioned Katun having been under repair in the Danish port of Munkebo since March 16, 2021, has the external damages not only to the hull, but to the control elements as well.

It is clear that the use of technologically obsolete vessels and equipment can lead to a man-made disaster with environmental consequences on a regional scale. That is, almost the whole Central and Northern Europe is in the zone of potential environmental risk.

It is no wonder. After all, modern Russia is the successor to the USSR, which ruthlessly destroyed the environment, turned the rivers back and hid the scale of man-made disasters just for the sake of its goals.

To bend nature, to pump its resources out, to reshape the landscape, to dig a giant canal – have been Moscow’s primary objectives since the time of Stalin. As it turned out, the Putin era is not better, especially, when it comes to geopolitical matters, where the Nord Stream-2 is an integral part.

As the matter of fact, during the meeting with the Bundestag President Wolfgang Schaeuble, the Prime Minister of Ukraine Denis Shmygal stressed the geopolitical implication of the project, saying that Ukraine considers the construction of the Nord Stream-2 gas pipeline as a geopolitical threat to the whole Europe. The Lithuanian Minister of Economy and Innovation Aushrine Armonaite shares his opinion. Giving an interview to “Suspilne”, she said that the Nord Stream-2 is not just an economic but also a geopolitical project.

In his turn, the US Secretary of State Anthony Blinken, labeling the Baltic pipeline as a “Russian geopolitical project”, warned Germany about the completion of the Nord Stream-2. He underlined that the project is a “bad idea” for America and Europe, which could harm the interests of Ukraine, Poland and other partners and allies of Washington.

And what about Europe? It is worth noting that the European Union intends to achieve the climate neutrality by 2050. Therefore, the construction of the Nord Stream-2 gas pipeline may go against Brussels’ intentions, as making the branch operational means further expansion of fossil fuels into the European market.

However, Europeans do not have an overall vision yet. After all, the project is increasingly leading to a conflict between the EU member states, and it is widely used by Russian intelligence services in the interests of their country. And the recognition of the very fact of polarization between the member states on the issue of the Nord Stream-2 sends a clear signal to the Russians that the small democratic “nonsense” (as the Kremlin refers to the European Union) no longer works.

Therefore, the situation developed in such a way that while the West cannot arrive at a consensus, Russia stubbornly continues to build a gas pipeline under the Baltic Sea. And either the imposed sanctions or a potential environmental catastrophe do not stop it on this path.

It remains to be hoped that the United States, as the axial power of the Western world, will still be able to stop the Kremlin’s destructive attack. After all, as we know, the President Joseph Biden has already promised a “green reversal” of America. And the positive signs are already visible.

For example, one of Biden’s first decisions was to join the Paris Agreement and close the Keystone XL pipeline, which was to connect the Canadian crude oil with the Gulf of Mexico refineries. The American leader also signed an additional series of decrees on climate change and ecology.

However, it is currently difficult to predict whether Joe Biden will represent the interests of the American shale industry in the international arena, like Donald Trump did. As a result, the future of the Nord Stream-2 gas pipeline, as well as the geopolitical, economic and environmental consequences of its hypothetical completion, are still open questions.

Zhelikhovskyi Stanislav, PhD in Political Science, top specialist at Hennadii Udovenko Diplomatic Academy of Ukraine at the Ministry of Foreign Affairs of Ukraine