Elections in the Republic of Moldova 2020: the Kremlin’s intrusion and the unreliable president 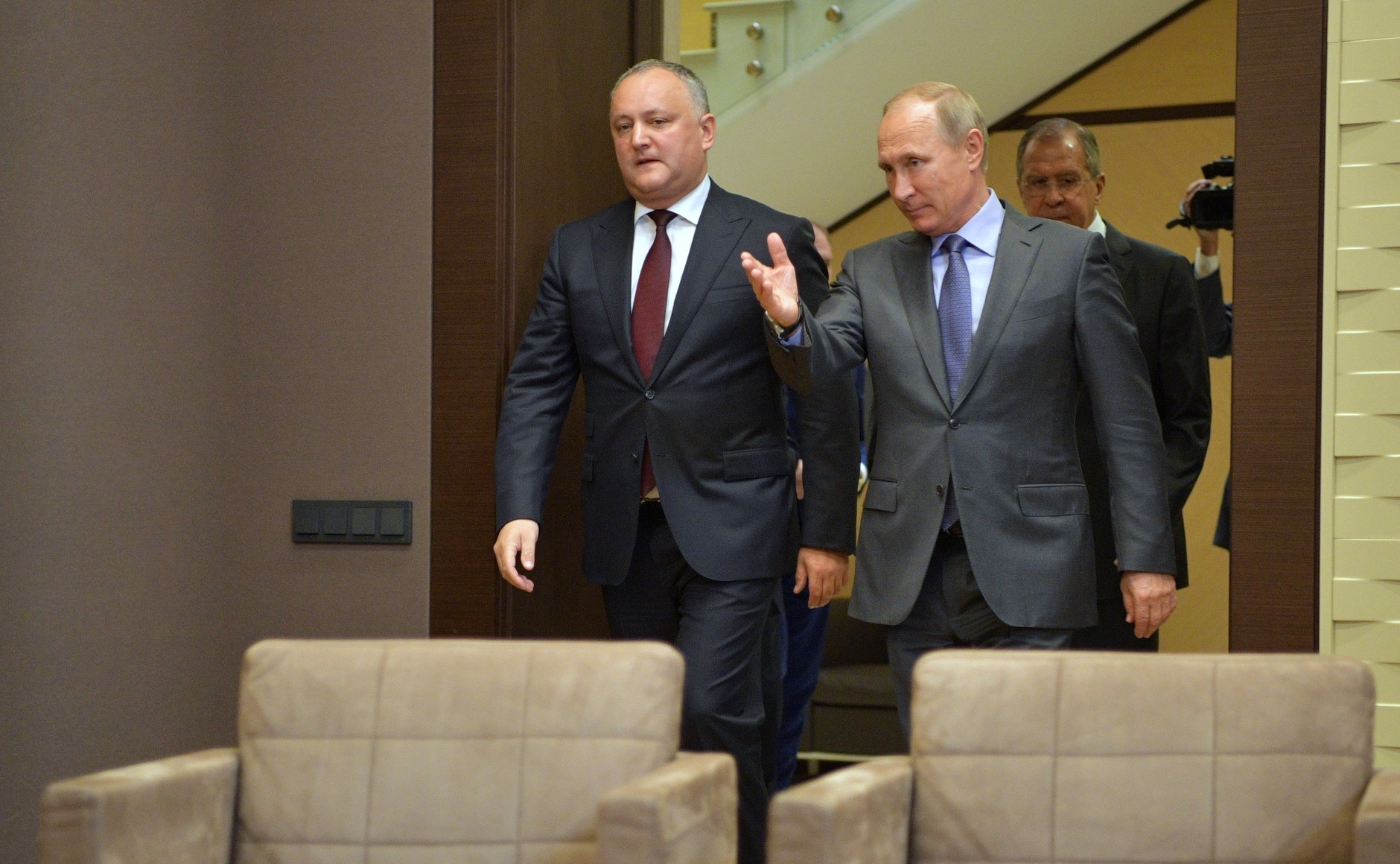 As the day of the presidential election in Moldova draws closer (November 1, 2020), the struggle between the main figures of the election race becomes harsher and more aggressive, a third-party interference in the electoral process in Chisinau is becoming clearer, and once again the geopolitical issues are becoming front and center distracting the voter from the economic and social problems of the country.

As the day of the presidential election in Moldova draws closer (November 1, 2020), the struggle between the main figures of the election race becomes harsher and more aggressive, a third-party interference in the electoral process in Chisinau is becoming clearer, and once again the geopolitical issues are becoming front and center distracting the voter from the economic and social problems of the country.

Meanwhile, realizing that accusations against Moscow will be unavoidable, the Russian Foreign Ministry represented by its head Sergei LAVROV was the first to declare that the United States were trying to interfere in the Moldovan elections. Moldavian analysts consider this reaction from the Kremlin to be proactive steps, when they learned about the information leak and Russian interference in Moldova’s domestic political affairs.

A few days after LAVROV’s statement, on Monday, October 19th, the website of the “Dossier” Center, owned by the Russian opposition leader Mikhail KHODORKOVSKY, and the website of the Moldavian Association of Journalists “RISE” published the information discrediting the Russian leadership and throwing a spotlight on the evidence of Russia’s intrusion in the political life of the Republic of Moldova.

The main point of the published information against the Kremlin is that the Moldavian media have revealed the existence of a special unit in the Russian President’s Administration that monitors the political processes taking place in Moldova and controls the pro-Russian forces in the country. As indicated therein, it is part of the Russian Federation Presidential Office for Interregional and Cultural Relations with Foreign Countries, headed by the General of Intelligence Vladimir Chernov. The Chernov’s Deputy Igor MASLOV, a veteran of intelligence, controls the Moldavian direction. In his turn Chernov reports to Dmitry KOZAK, the deputy head of the Russian presidential administration who oversees relations with the CIS countries and the Eurasian Economic Union, and is known in Moldova for his unrealized plan to turn Moldova into an asymmetric federation in 2003. The published material also states that the information from Chernov also lands on the table of the head of the Russian Foreign Intelligence Service.

According to the data obtained by the “Dossier” Center, the department headed by MASLOV, in addition to other, collected the information on Moldavian politicians and public figures, including compromising materials. The characteristics of all active Moldavian politicians, as well as scanned copies of passports of some of them turned up in the department’s files. Direct instructions to the pro-Russian activists and politicians have been found there too. It is noted that the speeches of the then candidate for the Bashkan (Head) of the Autonomous Territorial Unit of Gagauzia, Irina Vlah and the President Igor DODON were edited in Moscow. In particular, the latter sent to the editorial office the speech which he was to deliver in February 2019 at the International Security Forum in Munich. Also, as the RISE investigation showed, this was not an isolated incident when DODON coordinated his actions with Moscow. It is indicated that the journalists received information from the phone belonging to the incumbent president. It contained the information about DODON’s meetings during his visits to Moscow at the time of his membership in the parliament of Moldova, the talks in secret chats, where the incumbent president appears under the nickname “Kremlinovich”. It should be noted that according to the published materials, DODON himself does not enjoy respect in the Kremlin, but is characterized as an “unreliable” person who puts his own ambitions and interests above all.

Moscow’s response to the “Chernov’s Files” was not long in coming. A few days later, the head of the Russian Foreign Intelligence Service Sergei Naryshkin announced that they were aware of the preparation of “Maidan” in Moldova. This “horror story” was immediately picked up by all the pro-Russian media and they began to frighten their audience with horrors about the color revolutions and their negative consequences. It also coincided with the book presentation of Bohdan TSYRDA, one of the main propagandists of the Party of Socialists of the Republic of Moldova (PSRM), on October 21st, 2006, dedicated to the activities of the non-governmental organizations in Moldova. It covers all the conspiracy myths about Soros and the collective West, accusing them of a cultural war against the Moldavian people.

Apart from the battle in the newspapers, the journalists’ investigation did not have much effect on the campaign itself. Only one of the Unionist candidates Dorin Chirtoacă filed a complaint to the CEC against DODON demanding his withdrawal from the election. However, we should not expect any fair investigation as long as the prosecutor’s office and security services are under the president’s control.

Meanwhile, on Friday new data were published by the “Public Opinion Barometer”, which is perhaps one of the most reliable polls in Moldova conducted by the Institute of Public Policy. According to its results, as of today, 23,2% of voters in Moldova are ready to vote for Igor DODON; Maia SANDU is on the second place (19,7%), and Renato USATÎI is on the third place (10,9%). Most likely, with such results DODON and SANDU will meet in the second round, in which the current president of Moldova is given 32,2%, and his opponent – 31,4%. The difference is about 1%. At the same time, according to a survey conducted in the Republic of Moldova 35,2% of voters have not yet decided which of the candidate they will vote for in the second round.

Specially for the Institute for Democratization and Development