Fight for the imperial legacy: the Moscow-Ankara conflict over regional leadership 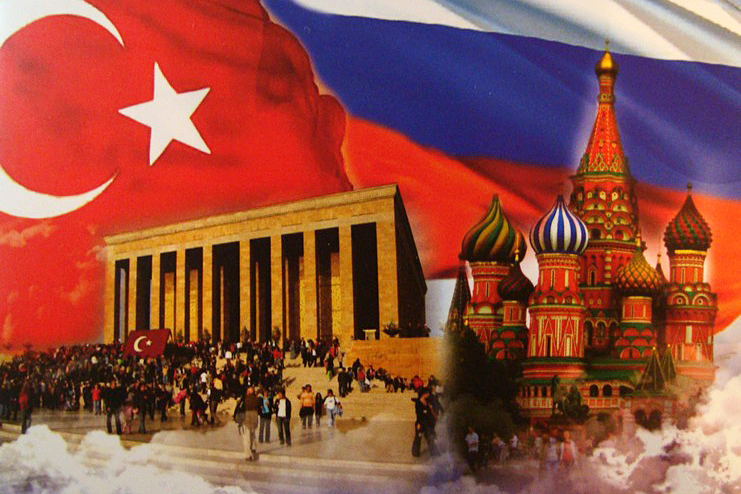 On November 9, the rapid advance of Azerbaijani troops in Nagorno-Karabakh (namely, they took over the important city of Shusha situated 11 km from Stepanakert, the so-called capital of the self-proclaimed republic), was halted by the statement of the Armenian Prime Minister about signing the agreement ending the hostilities.

The document concluded between the Azerbaijani, Armenian and Russian parties, established Baku in occupation of the reconquered territories and official Yerevan was given only the small Lachin corridor to connect with Nagorno-Karabakh. According to the statement, a Russian peacekeeping force of 1,960 servicemen was to be placed along the confrontation line between the parties. Thus, the Russian peacekeepers arrived there on the transport aircrafts from Ulyanovsk aerodrome on November 10.

The first announcements about the end of hostilities lacked information about Turkey as the fourth party who had had almost a key role to play in determining the playing out of the conflict. After all, unlike Moscow which simply did not care about its commitments within the CSTO and did not support Armenia, Ankara provided significant assistance to Baku. In particular, Turkish armed drones and military instructors ensured considerable benefit for the Azerbaijani army. However, the Azerbaijani President Aliyev later made things clear. He stated that Turkey’s and Russia’s involvement in the conflict resolution was equal, and now a joint center for observing the cease-fire is being established.

The experts have diverging views and assumptions about which of the parties benefited most from this confrontation. Some of them point to the Kremlin’s winning combination, which did not support its ally and was not involved in the hostilities, but got the opportunity to control the situation in the region through its own “peacekeepers” for five years. Others have hypothesized that Putin, Erdogan and Aliyev knew the whole scenario from the outset, and only the Armenian Prime Minister Pashinyan lost, who can be removed from the office due to the violent response of the Armenian people to the defeat.

Even if there is a possible agreement between Erdogan and Putin, the military theater in Syria set an example of how dynamically the relationship between these parties can vary up to the open hostility (the most obvious example was in 2015 when the Turkish fighter jet brought down the Russian aircraft Su-24, which Russia responded only by sanctions imposed on the Turkish tomatoes). The incident with the downing of the Russian Mi-24 helicopter by Azerbaijan during this year’s hostilities ended with official apologies.

Whatever it is, we are witnessing the outlines of the geopolitical confrontation over regional leadership between Moscow and Ankara. It also has a strong historical basis, given the imperial past of both states. And today the resentment of this is exploited by political leaders. The political character of both Putin and Erdogan is similar. Both of them can be hardly described as the politicians who support democratic principles, given the harassment of opposition figures and national minorities. Both Putin and Erdogan are trying to refocus society’s attention from internal problems (the Russian ruble and the Turkish lira are depreciating quickly due to ineffective economic policies) to external victories – real or ephemeral ones. Both leaders like strong emblematic symbols that are reminders of their own imperial heritage, such as the return of the former status of Hagia Sophia in Istanbul, or the construction of a pompous and vulgar main temple of the Russian Armed Forces.

Anyway, both leaders with great geopolitical ambitions cannot avoid constant confrontation to ascertain which of them is better and deserves more on the regional scale. The main difference between Erdogan and Putin is that the latter acts much more cynically for his own interests and breaks the system of international law. Turkey, as a member of NATO, does not resort to such measures, at least not yet. However, the Turkish leader is constantly increasing his influence: he has become an authoritative figure in the Middle East and is trying to become one of the leaders of the Muslim world. Moreover, he is trying to play an increasingly active role on the gas market, taking away a significant trump card from the Kremlin.

In August, Ankara announced about the gas deposits revealed in the Black Sea; it seeks access to explore the gas fields near Cyprus, which provoked a new political conflict. And Erdogan has benefited from the Kremlin-promoted Turkish stream more than Putin. The Turkish leader displays political clear-sightedness and strategic thinking more than the aging Kremlin leader.

The situation in Nagorno-Karabakh has posed a serious problem for Russia: in fact, it must play on the same level or catch up with a strong leader in the regional sphere, which it has traditionally considered to be a sphere of “its national interests”. While previously no player was allowed in the Caucasus, now Russia must take Turkey’s interests into account. This is a severe setback to Putin’s ambitions. That is why there is such a violent reaction of Russian propaganda to the rapprochement of Kyiv and Ankara, as well as to the development of the Crimean platform which Turkey has also joined. After all, today Russia is not the only one being present in the so-called post-Soviet space.

The Presidential election in the USA is the factor that should not be overlooked while assessing the nature of the further confrontation between the two players for the regional leadership. The Trump administration following a policy of isolationism in international affairs, has allowed regional players to strengthen, despite their commitment to democratic norms and values. The new president Biden is much more appealing to return to the moral principles of American leadership. Therefore, it is difficult to predict how the new administration will react to Erdogan’s rather aggressive policy.

Given all this and despite the Kremlin’s bravado on the international arena, its confrontation with Ankara demonstrates its real potential and opportunities. It is no longer a matter of membership in the club of “great powers” for solving global problems and the power-sharing, which the Russian leadership is so anxious for. They should beware of losing the regional leadership and becoming on the margins of international decision-making.