Neoimperialism between the Baltic and the Black Sea: between reality and hybrid reality 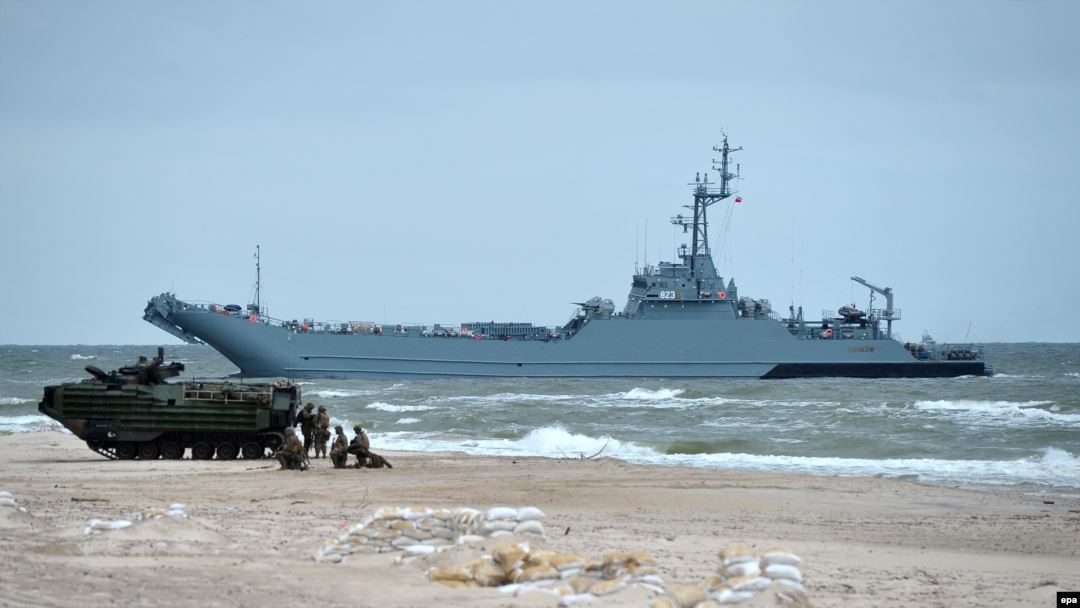 In general, neoimperialism is a modernized and transformed continuation of classical imperialism with different features and peculiarities of domestic and foreign policy. Due

Due to a certain maladaptation to modern realities, it often looks like an anachronism but this is only at first glance. Representatives of left-wing political forces and neo-Marxists are especially fond of the theory of neo-imperialism. Both theory and practice are relevant to the Baltic-Black Sea region.

If we analyze the political and media discourse, especially after the events of 2008 in Georgia, the annexation of the Crimea and the aggression in Donbas in 2014, we notice that the concept of "neoimperialism" has become increasingly used in relation to Russia. The scientific community is increasingly quoting one of the ideologues of Eurasianism, which is a theoretical matrix of Russia's neoimperial ambitions. In his book "The Fourth Political Theory", Alexander Dugin views Russia not as a country but as a Eurasian civilization. It may seem that his theses are completely new, but in-depth analysis one can see the old complexes of frustration - like "we are better than them and we will prove it at any cost." In Chapter 15 of this book, Russia's attack against Georgia is considered as a demonstration of Russia's imperial power to the West. In the section "Eurasian goals" we find the following: "Currently the goals of Eurasianism are the transformation of Russia into an empire, the creation of the largest state on the basis of Russia - the Eurasian continental empire." It is worth noting that both the book itself and the policy of the Russian Federation are full of ideas of demonstrating power and rethinking the values ​​and historical truths, which means, in fact, changing the reality to another hybrid reality through the media, social networks, diplomacy and military force.

Hybrid reality is a distorted reality, but it fits well into the postmodern currents of history rethinking. That is, despite the obvious neoimperial manifestations from the Russian Federation, the media and public discourses are increasingly forming an artificial image of the imperial ambitions of other players - the United States, China, Britain and so on. Since 2008, Moscow has supported the anti-Western narrative weakening the overall social solidarity in the Baltic-Black Sea region.

In 2017, Milena Akimova and Dimitar Vatsov published a paper analyzing semantic series in 598 publications in Bulgaria for the period 2013-2016. The researchers' conclusion was shocking: the Kremlin-controlled press and certain groups on social networks contributed to the atypical spread of anti-liberal and anti-Western narrative. In the context of Russia's aggression in Ukraine, the Bulgarian press increasingly spoke of "US imperialism", "outdated NATO", "corruption in Bulgaria" and "decline of the EU." The general media narrative was that the United States and NATO had imperial ambitions, and Russia was fighting for orthodox values ​​on its own, but "the Western empire is creating diverse obstacles for that". Thus, Russia's neoimperial aspirations are being replaced by a hybrid reality in the eyes of the public, arguing that Russia is forced to become an empire in order to protect itself from "Western aggressors."

Hybrid reality is not being formed in all countries at the same time, not all countries in the Baltic-Black Sea region perceive the same geopolitical reality. In early 2020, the Center SOCIS published a survey, according to which 63% of respondents believe that Russia is hostile to Ukraine. By a huge margin, on second position - the United States - 9.5% and others.

In Romania, according to surveys conducted in 2019, 31% of citizens consider Russia an enemy, followed by Hungary - 9%. Romanians consider the USA to be the biggest friend of Bucharest - 37%. More than 60% of Romanians believe that NATO cares about making their country powerful and strong.

According to a study by the Pew Research Center published this year, residents of Slovakia (60%) and Bulgaria (73%) have a positive view of Russia, but residents of Lithuania, Poland, the Czech Republic and Ukraine are the most critical towards Moscow. There is a very interesting difference between Slovakia and the Czech Republic in terms of attitudes towards Russia, as well as an interesting difference between the two neighboring countries of the Black Sea basin - Romania and Bulgaria. Perhaps much depends on the success or failure of hybridizing political reality through anti-Western narratives.

Germans also differ in their views regarding Russia, depending on whether they are in the former Eastern or Western Germany: 33% in the former West view Russia favorably, compared to 43% in the former Eastern Germany. In Georgia, according to the Caucasus Barometer, 25% of citizens consider the United States the main friend of the country. 40% consider Russia the main enemy. We see a colorful picture of attitudes toward Russia, but in summary, we note a general negative attitude towards Moscow in countries with troubled past or present relations with the Kremlin.

In general, further hybridization of political reality may lead to a loss of values ​​in the Baltic and Black Sea countries and general social disorientation, which should not be allowed in the context of neglecting by international geopolitical players of international law. In the future, an interesting topic for comprehensive political and sociological research may be the comparison of attitudes towards Russia, the United States, the EU and neighboring countries in different countries, taking into account the prevalence of anti-Western narratives, especially in the Baltic-Black Sea region.