Neoimperialism: the threat of emptiness 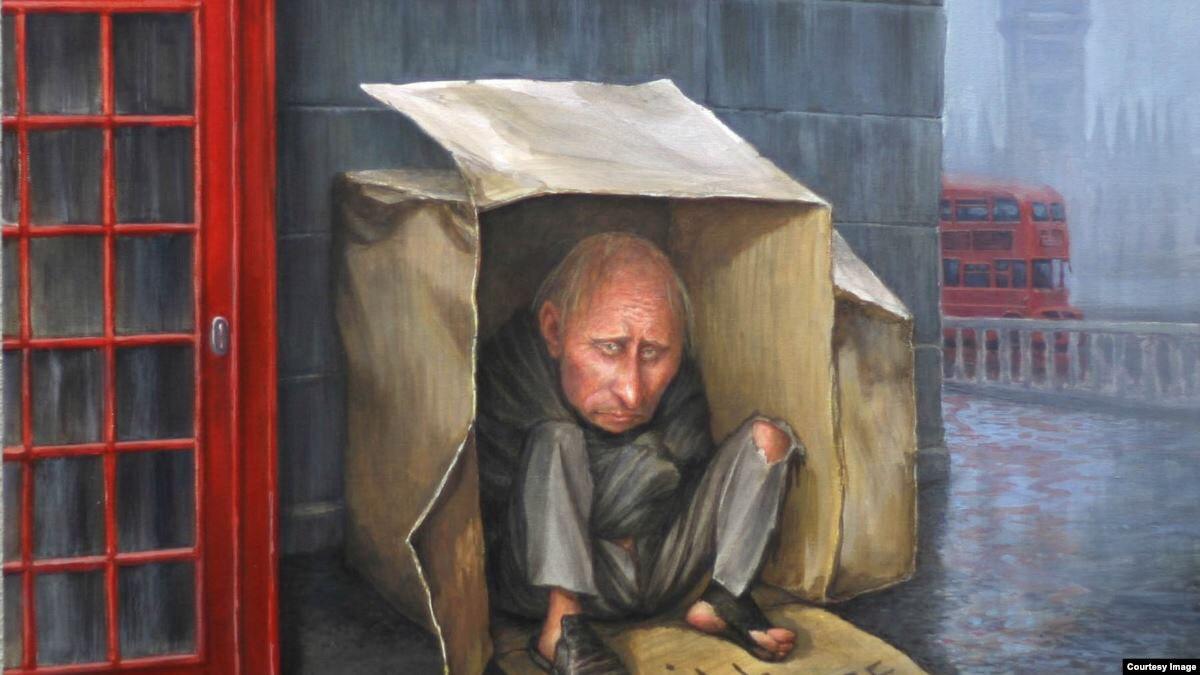 The foreign policy of the Russian Federation, especially during the reign of Vladimir Putin, and especially with regard to the countries of the so-called "post-Soviet space", is often characterized as imperial or neoimperial.

Acknowledging the idea of ​​greatness, the political practice of building and using force as a tool to spread own influence and dominance over other political actors, there are important features of imperialism and the Kremlin's behavior on the international arena does meet these characteristics. At the same time, when studying any social phenomenon, it is necessary to distinguish the essence and attributes, nature and manifestations. This is not a purely "academic theoretical exercise"because without understanding the deep nature of imperialism, it is impossible to correctly comprehend its individual manifestations, explain and predict the behavior of actors in world politics.

First of all, this thesis concerns the imperialism of Russia. The history of this country is a history of inability to implement the country's own ambitious public projects (such as Europeanness or great statehood), the inability to follow the country's own guidelines and standards, which is traditionally covered by a fig leaf of a "special historical path." Similarly, the history of Russian imperialism is an endless conflict between the thirst for greatness and the inability to systematically build its foundations. The French philosopher Alain de Benoit very aptly defined the difference between an empire and a nation: an empire is not a territory, but first of all an idea and a principle. Accordingly, the political order created by the empire is determined not so much by material factors or control over geographical space, as by the idea of ​​the empire. The internal weakness of the Russian imperial project is due to the lack of an idea, the principle of empire, which forms an essential emptiness serving as the main source of aggressive irrational behavior of Moscow.

Based on the periodization/typology of Alvin Toffler ("Third Wave", "Metamorphoses of Power"), we can distinguish three historical models of empires and imperialism:

- traditional (classical) imperialism arose in an agrarian society in which the main wealth was the land, but power and dominance were presented in their original form, material-physical and geographical-spatial;

- new imperialism is inherent in industrial society with capital as the main wealth, the growing role of the economic dimension of power, increasing the importance of the resource-strategic component of dominance;

- post-imperialism is a reality of the information society, when information becomes a key wealth, the spatial aspect in the classical sense loses its meaning, and dominance is largely moved to the dimension of ideas, knowledge, consciousness.

We should note that in the Western academic tradition, the term "new imperialism" is more often used. The origin and spread of the term neo-imperialism is theoretically linked to the influence of critical theories of Marxist and non-Marxist traditions, and politically to the crisis and disintegration of colonial empires, as well as so-called anti-imperialist movements.

Russia has not survived the classical modernization, the industrialization began in the format of patriarchal-traditionalist distortion, and ended in the form of a totalitarian-collectivist perversion (Soviet industrialization). For all the structural distortions of the imperial social models of the tsarist and Soviet eras, their ultimately non-viability, they were based on certain ideas and principles, which gives grounds to qualify them as empires and define their foreign policy as imperial. At the same time, Putin's Russian imperial claims are not the product of a rational imperial idea or principle (propaganda fetishes of "Eurasianism" or "Russian measure" do not correspond to this status), nor are they based on a strong foundation of values, norms and institutions. At the same time, they are implemented in the format of aggressive imperial foreign policy. The source of the greatest danger is that in the conditions of internal ideological and institutional emptiness, the collective Putin is trying to turn the foreign policy attributes of imperial greatness into the internal core of the regime.

Another source of danger is the conceptual basis of the Kremlin's foreign policy. They are an explosive mixture of aggressive irrational forms of the idea of ​​Russia's greatness, a mobilizing resource of historical politics, and borrowings from the arsenal of realpolitik. The current imperial tools of Russia's foreign policy are more relevant to the times of traditional empires, and therefore its definition as neoimperial is, in our opinion, not entirely correct. By the way, the active use of historical policy is an additional argument in favor of internal ideological and institutional emptiness.

To some extent, modern international relations can be seen in the context of the confrontation of several imperial models: post-imperial (liberal imperialism in the US and the EU), non-traditional (Russia) and heterogeneous (China). Of these models, only the Russian model is characterized by internal emptiness and is therefore the most dangerous.

Specific manifestations of such a threat:

- irrationality, low level of predictability of the behavior;

- excessive role of the personal factor;

- destructiveness in matters of world order (inability to offer a systemic alternative).

Taking into consideration the fact that the Kremlin views the so-called post-Soviet space as its imperial legacy, the states of this conditional space are at the highest risk, especially those (including Ukraine) who are not integrated into Euro-Atlantic security institutions. But even NATO members (especially the Baltic states) cannot feel completely safe, which is due not only to Russia's aggression, but also to the confusion of the West.

Тemirov Yurii, candidate of Historical Sciences, Dean of the Faculty of History of International Relations of Donetsk National University named after V.Stus