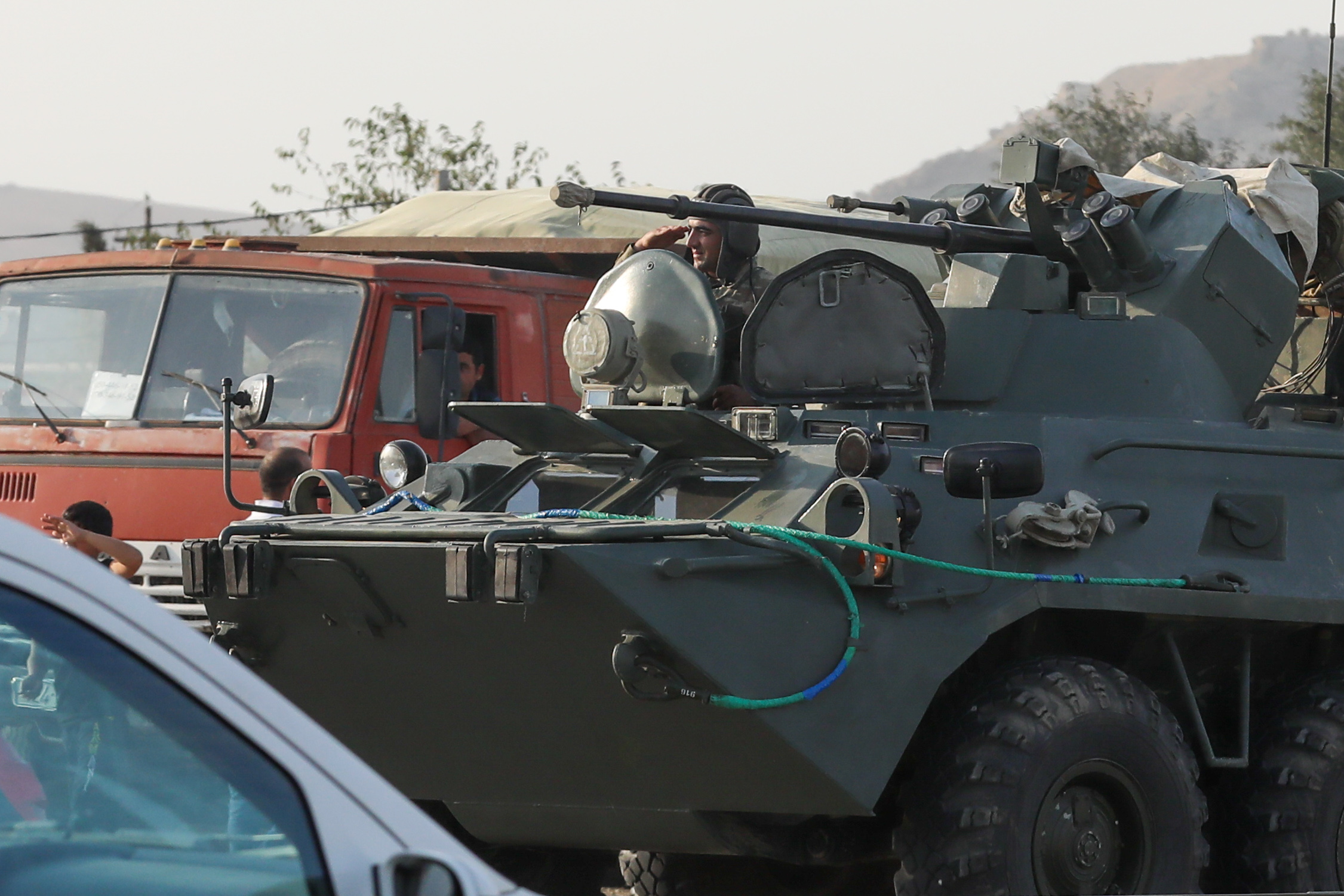 The escalation of hostilities in Nagorno-Karabakh, which bursted out recently, points that the status of the frozen conflict exists only on paper, while in reality we are witnessing a low-intensity conflict (LIC) with a radical power dynamics change.

The escalation of hostilities in Nagorno-Karabakh, which bursted out recently, points that the status of the frozen conflict exists only on paper, while in reality we are witnessing a low-intensity conflict (LIC) with a radical power dynamics change. The position of Armenia, Azerbaijan, Republic of Nagorno-Karabakh / (Artsakh) themselves, colliding on the front lines, is affected by the change in the levers of influence of key global actors - the Western world community represented by the UN, OSCE, (separate positions of the US and the EU), the strengthening positions of Turkey and the lost opportunities for Russian influence acting on behalf as a member of the Minsk Group, an informal leader of the CSTO & CIS. The uniqueness and difference between the Karabakh war of the 2020 model from 20 years earlier lies in the situational, opportunistic, paradigmatic and institutional inability of the Russian Federation to retain influence in the region and promote its own preferences.

Despite the official permanent position of President Putin stating the war in the NKR is a local conflict, which Russia will not intervene, at the same time, the interest of the Russian Federation in the settlement of the conflict is fixed not only in the Caucasian vector of the approved concept of the foreign policy of the RF by “preventing the influence of NATO, primarily the United States and Turkey, on Georgia and Azerbaijan", and in the Russian - Armenian agreement on joint planning, the use of military troops in the interests of ensuring common security, which is the legal basis for the creation of a shared forced groups of the two states" to solve the problems of joint defence under a single command." as well. Russia represented by the CIS until 2010, after - by the CSTO Joint Staff (under the Treaty and the Concept of Collective Security), undertakes to act "in the interests of preventing and settling conflicts on their territory" (member countries), as well as outside their territory, as it was from the beginning, when the organisation was created. Perhaps the most interesting part of the Collective Security Concept is the enumeration of the main sources of military danger to the CST states. In particular, - territorial disputes, local conflicts near the borders of the participating countries, the use of WMD, attempts to intervene from the outside with the aim of destabilising the internal political situation, and in last place - international terrorism & blackmailing.

Was it not the OSCE that played a key role in establishing the ceasefire and was perhaps the only effective intermediary with an authorised mandate throughout the course of the conflict? This only further emphasises the failure of the CSTO / CIS in regulatory practice. Returning to today, the self-proclaimed republic of Nagorno-Karabakh is not a member of the CSTO, and most experts point to this as a formal reason for Armenia's inability to count on the Kremlin's help, but interpreting the above documents, in fact, it can. The real reason is hidden in the unwillingness of the Kremlin itself to actively ensure a peaceful settlement of the conflict, despite the undertaken obligations. That could be explained by Principal - Agent relationship concept, where the Russian Federation uses the CSTO as an arbitrating agent, delegating responsibility to inefficient organisation, aiming to cheat on state commitment.

In the multi-vector policy of the Kremlin, based on a realistic perspective, the desire / need to maintain relations with Yerevan and Baku at the same time prevail. This position is conditioned by both geopolitical and economic interests (markets, oil, pipelines, arms sales). That explains Russia's persistent evasion of CSTO obligations. However, the outcomes of such a policy for the Russian Federation are destructive, since the absence of a clear position repels Armenia, since its realistic perspective violates compliance between states, and also pushes Azerbaijan towards cooperation with a partner that supports and advocates Azerbaijan's interests internationally - Turkey. This position also confirms by the analysing Azerbaijan’s actions, which conducted joint military operations in Karabakh, involving the staff of the regular army of the Russian Federation in the early 90s, and by today's statements of the Azerbaijani government, denouncing Russia, as well as the international community, in creating the conjuncture of the frozen conflict that does not allow Azerbaijan to restore territorial integrity.

Russian armed forces (the combined forces of the CSTO) would most likely join the direct confrontation in case of a scenario involving further escalation and the presence of Turkish regular troops in the region, however, among the variability of scenarios and the hybrid nature of the behaviour of the actors involved, such an outcome is unlikely to happen. Consequently, in other scenarios which are under consideration, a common feature follows - Russia is almost irrevocably losing its former influence in the Caucasian region due to the inconsistency of its settlement politics and repeated violation of obligations to the parties to the conflict within CSTO. For the status quo to be changed, might be the case of Russian military contingent / peacekeepers entry causing the balance of forces transformation, however at the current conflict stage such a reorder is strenuous to predict.