Orthodox Christianity at the Russian secret service gunpoint: how the Kremlin tries to jeopardize recognition of the Ukrainian Church 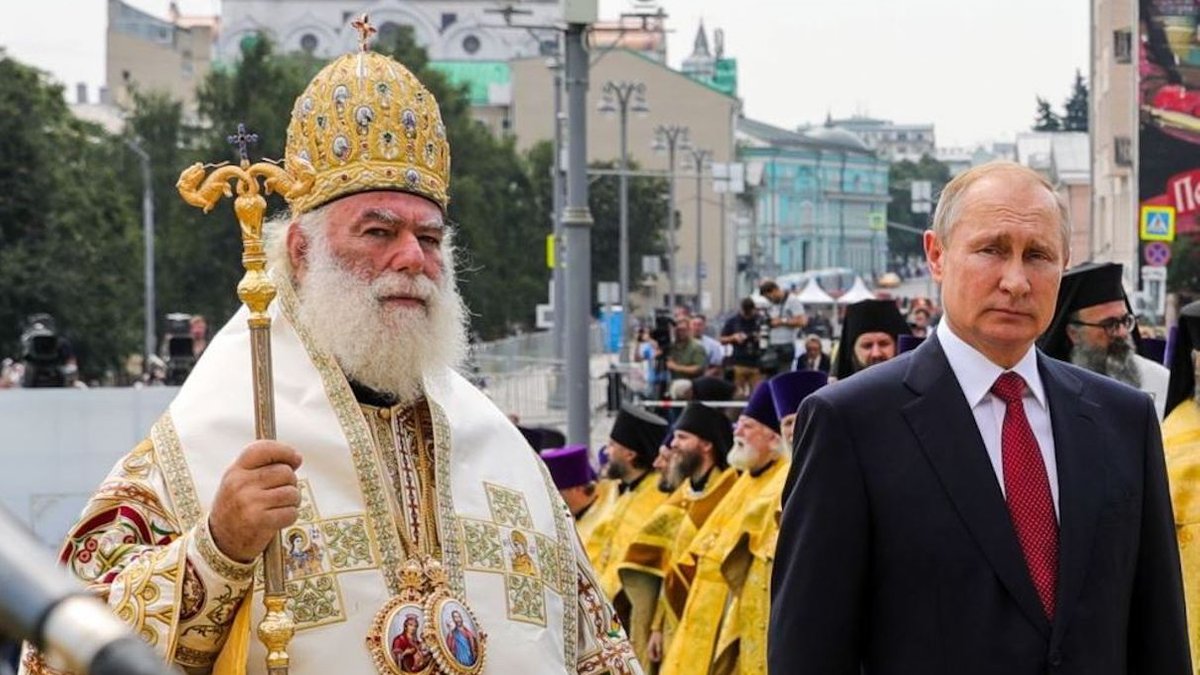 Since the narrative “Moscow the Third Rome” appeared (introduced in the sixteenth century by the monk Philotheus after the marriage of the Russian Tsar Ivan III and Sophia Palaeologus, which allowed Russia to claim the inheritance of the successor of Byzantium), the Orthodox Christianity has become one of the foundation stones of the regime and the basis of the Kremlin’s imperial claims.

In Byzantium they practiced the principle of Caesaropapism under which the church was subordinated and exploited by the civil authorities for their own political purposes. This principle also migrated to the Russian Empire, having reached its abusive nature in the Uvarov’s “Orthodoxy-Autocracy-Nationality” triad suggested in the 19th century to denote the foundations of the imperial ideology. Even during the reign of Bolshevism and official atheism, Stalin tried to convene an Ecumenical Council in Moscow and to get his own patriarch. This means that in fact, the same Russian imperialism and the great-power chauvinism were weakly hidden under the communist slogans.

The current regime of Putinism, which is a combination of the secret services power, mafia structures and Kleptocratic governance in its essence, continues to exploit religion for instrumental purposes in order to support its own criminal policy. Therefore, it is not surprising that since receiving the Tomos on the Autocephaly of the Orthodox Church of Ukraine in 2019, which led to the break-up of Moscow’s Eucharistic communion with Constantinople, the Kremlin is trying to prevent the recognition of the Ukrainian Church. The Ecumenical Patriarch, the Church of Greece, the Patriarchate of Alexandria, and, more recently, the Orthodox Church of Cyprus have already recognized the Orthodox Church of Ukraine. A clear example of Russian interference in the processes within the Church of Ukraine actually proves that today, unfortunately, Russian Orthodoxy deals more with the Kremlin policy than religion.

The attempt of Chrysostom II the Archbishop of the Church of Cyprus to initiate a dialogue with the Orthodox Church of Ukraine faced sharp opposition of a number of Cypriot hierarchs led by the Metropolitan Isaiah, according to the Cyprus Daily News. His eparchy includes the Russian Church of Cyprus, and the Metropolitan of Tamas and Oriny himself has long been noticed to support Putin’s pro-Russian views and leanings. In addition, he works actively with the Imperial Orthodox Palestinian Society, headed by the Federal Security Service General Stipashin. However, the media attacks coordinated in Russian propaganda resources about the “split in the Church of Cyprus”, the official statements of the Russian Orthodox Church and the attempts of Russian special services to arrange a mass action in Cyprus in support of Isaiah did not bring the desired result to the Kremlin – Chrysostom II mentioned in his liturgy the Metropolitan of the Orthodox Church of Ukraine Epiphanius.

The Kremlin is trying to transfer such a model of the church’s role to other friendly regimes as a continuation of the policy of secular power in order to maintain its own influence. This is especially noticeable in the case of the Serbian Orthodox Church’s relations with the Orthodox Churches of other former republics within Yugoslavia. Political scandals have repeatedly arisen on religious grounds between the neighboring official capitals in the Balkans. According to the experts, the churches of Montenegro and Northern Macedonia can follow the example of Ukraine in the process of obtaining autocephaly. The death of Serbian Patriarch Irenaeus due to the coronavirus, of course, draws more attention of the Russian special services to the region and their intensifies their possible participation in the process of choosing the right successor among the hierarchs who would be so loyal to the Russian Orthodox Church and the Kremlin. Thus, the world Orthodoxy is another area of ​​public relations which the Kremlin regime is actively interfering with, accompanied by its destructive hybrid activities in order to obtain the political dividends.