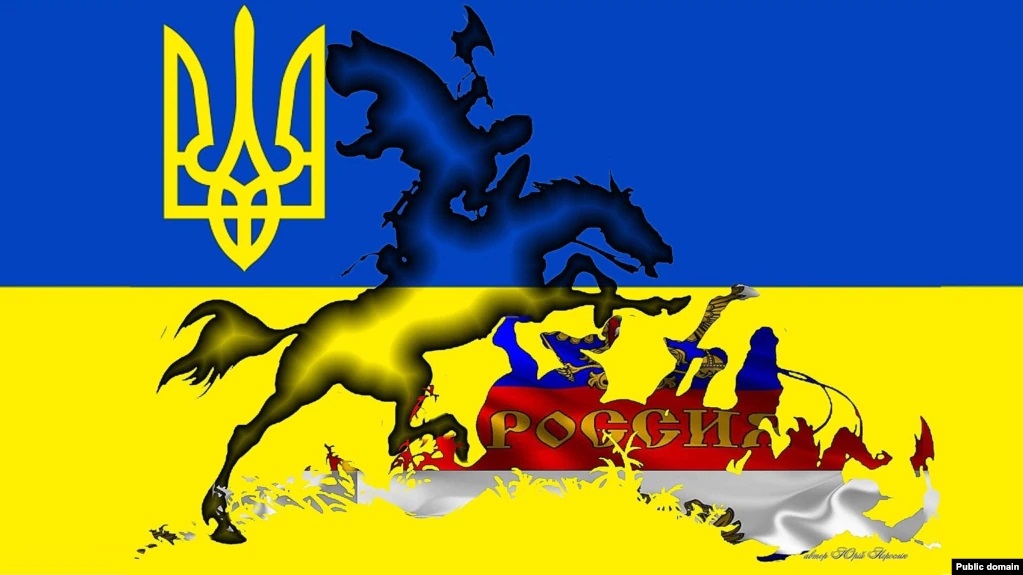 It has been ten years since I first set foot in Ukraine, six years since the last of my three trips to the country. I have few regrets about those trips other than that I did not return more often. Looking back, I recall the plans I had to visit the towering castle above Mukachevo, walk the evocative streets of Uzhhorod, explore the Ukrainian portion of the Bukovina, and climb the grand staircase rising from the seaside in Odessa.

I now realize that whenever I do return to Ukraine, it will be a vastly different nation.  Maybe some places will look the same, but the current conflict has changed everything. The war Ukrainians are now fighting is a defining event in their history. They are in the process of becoming something no one could have imagined, not even themselves. Unified, defiant, resistant, and intensely democratic. These qualities have always been there, but now they are being forged under the most extreme pressure possible. If character is destiny, then Ukraine has a bright future ahead of it.

Optimism about Ukraine’s future is relatively new. It has been in short supply throughout its long and difficult history. That is especially true of more recent times. Soviet rule and communism were mostly an abomination, independence turned the system on its head, but corruption made sure that many things stayed the same. Two outbreaks of revolution in 2004 and 2014 were glorious while they lasted, but afterword transformative changes only came in fits and starts. Breaking the power of entrenched interests seemed an impossible task, but the Ukrainians never stopped trying. It is that continual will to change that is now serving Ukraine so well. The Ukrainians also have something else going for them that cannot be quantified, they have been pushed past the point of no return. A situation cultivated unintentionally by Russia, much to the latter’s detriment.

No Way Out – Putin Lays A Trap For Himself

There is no doubt that Vladimir Putin is trying to break Ukraine. He has used every method at his disposal except for chemical and nuclear weapons. These methods have included propaganda, threats, invasion, destruction of infrastructure and targeting of civilians. Thus far they have proven less than effective. If anything, they have caused an opposite reaction to the one Putin was hoping for. Take for instance, propaganda. Trying to tell Ukrainians that their leaders are drug addicted Nazis is ridiculous. The sheer absurdity of such a fallacy has rendered it useless. Does anyone, including Putin, believe such foolishness? Throughout history, wars have been started for a variety of reasons, drug addicted Nazis leading Ukraine will not be one of them. Putin wants everyone to believe what he does, basically that Ukraine is an illegitimate state. He is trying to will Ukraine out of resistance, while deflecting from the fact that he is an illegitimate leader. Putin’s reign over Russia has been characterized by lies, bribes and cronyism. All to compensate for his inability to develop Russia. In fact, he has set in motion forces that are destroying it.

By trying to wipe Ukraine off the map by his words and deeds, Putin has inadvertently stimulated massive resistance among Ukrainians. He has pushed them past the point of no return, with no other choice but to resist. Ask yourself this. If Ukraine had surrendered in what way would Putin’s rule have benefited Ukrainians? A puppet government controlled by Putin would be just as vile and corrupt as the Yanukovych regime they booted out in 2014. What vision other than decadence does Putin have to promote? He gave the Ukrainians no way out, but ironically Putin is now the one trapped. He is also beyond the point of no return. Withdraw now and Russia will have suffered a devastating defeat. One that Putin cannot afford. Continue fighting and Russia is likely to lose most of its army. It is a no-win situation, with victory growing more elusive by the day.

Getting past the point of no return for Ukrainians was not something they sought, instead it was imposed upon them. When Russian forces shell hospital maternity wards, target children’s schools, bomb a theater filled with innocents, blow apart a home for the elderly, they leave the Ukrainians no other choice but to fight. It has been said that Putin wants to scare the Ukrainians into submission. Instead of terrorizing the populace, he has angered them. Anger can be a destructive force, but it also can be a constructive one. For Putin it is the former, for Ukrainians it is the latter. Putin has channeled his anger into ever more vile acts, the Ukrainians have channeled it into a spirited defense. The difference between the two goes a long way in explaining why Ukraine has fought a war they were thought to have no business in winning to a standstill.

Every day brings more horrifying stories of Russian military aggression. Civilians standing in line for bread get gunned down, a shopping mall is bombed in Kyiv, Ukrainians are rounded up and taken to camps in Russia. All these targets have one thing in common, zero military value. Actions such as these have shown Ukrainians the nature of the regime which Putin wanted to impose upon them. As if they needed more reasons to fight even harder, Putin seems determined to supply them with as much motivation as possible. Fear may be a great motivator, but it is no substitute for a strategy. Putin’s reliance on fear is making the situation worse for civilians while doing nothing to alter the military equation. If anything, Russia’s military is more bogged down than ever before.

No Going Back – Forward Progress

The point of no return has been reached on both sides of the Ukraine-Russia War. For the Ukrainians there can be no surrender. Vladimir Putin made it very clear to them that their very existence was at stake. He continues to have his armed forces reinforce that message. Ukrainians know they can never go back to the way things were with Russia. All they can do is move forward. The Russians have also passed the point of no return, but in their case, they can move neither back nor forward. Instead, they are stuck in a disaster of their own making. For that, they have Vladimir Putin to thank. Where they go from here is anyone’s guess, including their own.