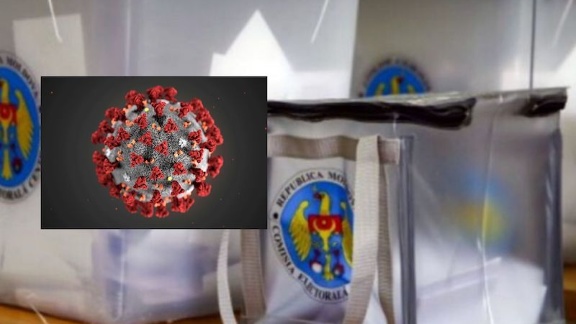 On November 1, 2020, the next presidential elections are to be held in the Republic of Moldova.

This is the fourth direct election of the President of Moldova in the history of the independent Republic of Moldova. Given the turbulent situation in the “election season 2020” in the CIS countries (Republic of Belarus, Kyrgyzstan), the election race in Ukraine’s neighboring country also requires particular attention of experts and politicians. Thus, we offer you a series of materials of our expert from Chisinau LEONID KRETSU highlighting the current election campaign in Moldova.

On October 1, they launched the pre-election process in Moldova for the presidential election which is to be held on November 1. It started pretty quietly, which is out of Moldova’s character, but the conditions in which they are happening are completely different from the previous ones. This time, the elections are held in the context of the COVID-19 pandemic, which has already claimed 1,461 lives of Moldova’s citizens.

This year, there are 8 candidates for the presidency of Moldova. They include:

• Renato USATÎI –аn obnoxious Moldavian businessman and politician, the mayor of Bălți, being notorious for his statements set in the context of Oleh Liashko’s style.

• Tudor DELIU, – the Liberal Democratic Party of Moldova (PDLM) candidate, chaired by Vlad Filat, who has been recently released from prison on charges of corruption and abuse of power.

• Igor DODON, – the current president of Moldova. Although being registered as an independent candidate, he enjoys the support of the Socialist Party of the Republic of Moldova (PSRM), which he chaired de jure till 2016, but de facto he did so during all 4 years of his presidency.

• Violeta IVANOV, – the “Șor Party” candidate chaired by Ilan Șor, the businessman whose name appears in several corruption cases, but this does not prevent him from becoming the mayor of Orhei and the Member of Parliament. However, last summer he was forced to leave the country and is now abroad, most likely in Israel.

• Maia SANDU, – the former Prime Minister of Moldova. DODON’s rival in the second round of the previous election.

• Dorin CHIRTOACĂ, – the former mayor of Chisinau, who supports the UNIREA bloc (Union), that consolidates the parties advocating unification with Romania. He also had the same issues as the previous candidate.

Andrian CANDU also planned to run in the elections, but he was not registered as a candidate. Andrian CANDU is the former speaker of parliament who ran for the “Pro-Moldova” party. This political unit once splintered off the Democratic Party of Moldova (PDM), and A. CANDU is now tied to the oligarch Vlad PLAHOTNYUK, who fled the country in 2019 on charges of trying to seize power.

Sergei TOMA, Alexander KALININ, and such veterans of Moldavian politics as Constantin OBROK (an active figure in the independence struggle of Moldova in the late 1980s) and Ion COSTAŞ (the Minister of Defense during the 1992 war) also were not registered as candidates.

So far, the sociological forecasts show that the election campaign will be similar to the 2016 with two rounds. SANDU and DODON reach the second round and the latter wins by a small margin. However, there are several factors that differentiate this year’s election campaign from the previous one.

Firstly, it is the COVID-19 pandemic. In Moldova, the situation is getting worse every day. As of October 11th, 62151 patients with the new type of coronavirus were recorded in the country. The epidemic has already caused the level of GDP of the Republic of Moldova falling by 11.5%. The quarantine restrictions introduced in spring this year have caused significant losses to small and medium-sized businesses, which mainly consist of services. New restrictions are already causing dissatisfaction and protests, as happened this week in the town of Cimișlia, which is in the south of the country where the situation is rather difficult.

Secondly, it is the largest drought in recent years, having damaged Moldova’s agriculture, which is an important part of the country’s economy. The lack of clear measures taken by the government and the president, as well as their weak support for the agricultural sector caused public discontent and protests of the farmers.

Thirdly, there is fragmentation on the left “flank”. It is a usual fact for the country that the right-wing forces of Moldova are separated and each political party nominates its own candidate. But the left ones, on the contrary, are usually more consolidated. However, this year 3 candidates were nominated from the left-centrist political forces (DODON, USATÎI and IVANOV). And if in 2016 R. USATÎI supported I.DODON, over four years they have gathered enough disagreements between each other. This may lead to the fact that the voters of USATÎI and ȘOR may not support DODON if the latter reaches the second round. In turn, such a scenario will allow the right to unite behind its candidate, especially if his opponent is the incumbent president.

At the same time, Igor DODON has the chief advantage. First, it is Russia’s information support, as well as most of nationally-covered central television channels that support the president and belong to the people of DODON’s inner circle. Secondly, support of the church, the structure that enjoys the trust of the vast majority of the country’s population. Third, it is the full backing of the unrecognized TMR. In 2016, the voters from Transnistria were brought to the polling station in an organized manner, where they voted for Igor DODON. This year, the “president of the TMR”, V. Krasnoselsky, a few days before the start of the presidential race in Moldova, announced that the restrictions on leaving the territory of the unrecognized republic, imposed in connection with the epidemic, would be removed on the election day. This provoked a stormy reaction in Moldova. Some district councils have already announced that they will not let the polling stations open for Transnistrians on their territory, for security measures against the coronavirus. In their turn, some organizations of veterans of the 1992 conflict said they would block the buses with voters from the left bank.

Against this background, the incident that took place this week seems interesting. On the night of 7/8 October, 2020, the operatives of the so-called Ministry of State Security of Transnistria arrested 4 Moldavian citizens who lived on the territory controlled by TMR, but commuted to work on the right bank. There was even a police officer of the Republic of Moldova among them. After a while, after Dodon’s conversation with Krasnoselsky, 2 of them were released. This situation alongside the passive and inactive reaction of the other government officials, resulted in claims that the incident was planned by DODON, together with the representatives of Tiraspol, as a PR-campaign to raise the rating of the President of Moldova.