RUSSIA AS AN INFORMATION AUTOCRACY (AND WHY IT LOSES) 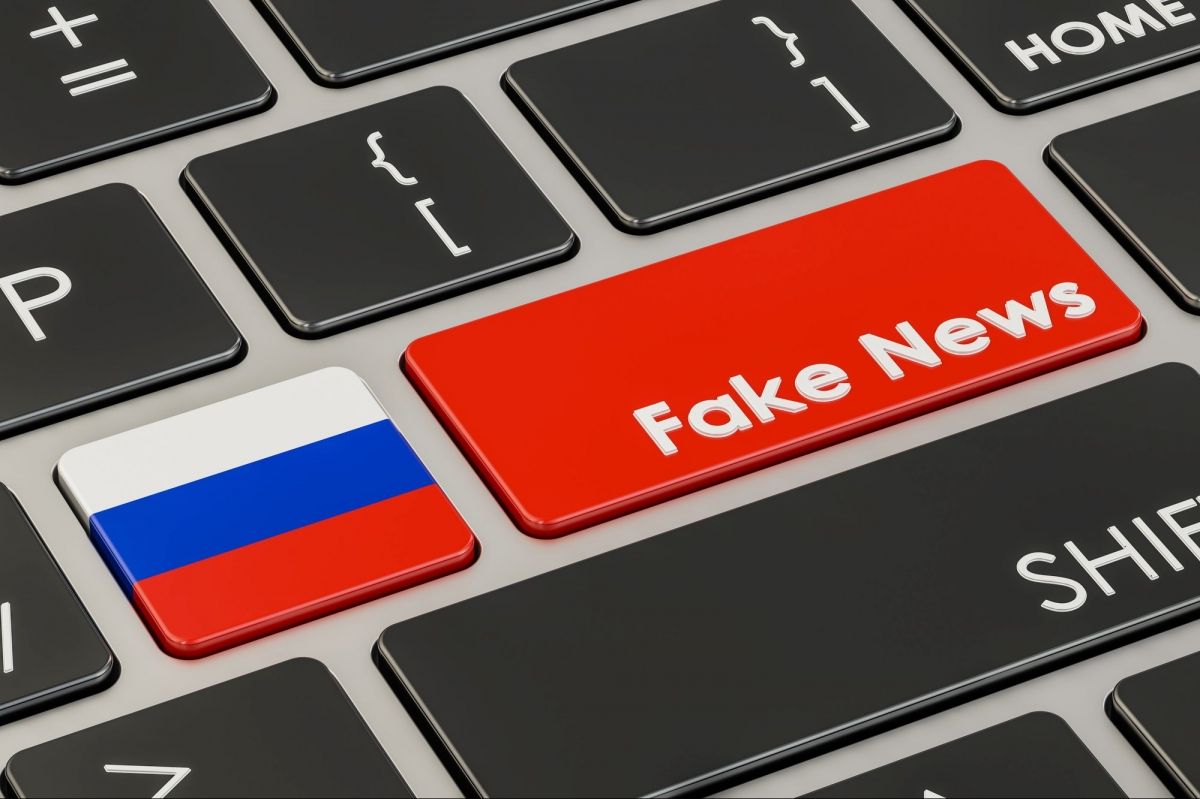 For many years, Russia has tried to show the world that it is equal to the G7. That Russia is a “great power.” The events of recent weeks have shown that this is far from the case. Russia no longer seems to be the great militaristic force it has tried to show itself.

However, there is another side to the coin. What Russia leads in, what Moscow is a master of - the ability to manage information, manipulate, lie, intimidate. It fits perfectly into the perverted logic of the Kremlin’s Fuhrer, Vladimir Putin, who has repeatedly argued that the street greatly influenced his upbringing. And according to his notions, you can not be strong, but convince your enemy that you are - and the enemy will retreat. This logic haunted Putin even later, during his KGB times. He finally understood that it was unnecessary to defeat the enemy (the whole state) with weapons. You can gain control over the enemy’s way of thinking.

Therefore, after coming to power in Russia in 1999, Putin began to form a single information field devoid of any alternative views. Gradually, freedom of speech in Russia disappeared. Few journalists, who wanted to tell the truth, died under strange circumstances. Most were tempted by serious money and went to work in Russia’s propaganda media, serving Putin’s information autocracy.

After sweeping the media in Russia, Putin moved abroad. With the oil and gas dollars that Western nations have faithfully supplied to Putin, he has set up a network of supposedly Russian-language local media with continuous coverage of the Kremlin’s position. Russia Today is just the tip of the huge iceberg. Russia has never spared money for information campaigns to transform public opinion in Europe, North America, and Asia. Somewhere its successes were more noticeable. Somewhere, such media became marginal and a tool for manipulating Russian-speaking abroad. Until February 24, 2022, the Russian media were perceived as manipulators in many countries, but there was always talk of such valued freedom of speech in the West. Yes, this value is fundamental. However, the Russian media (and the local TV channels, websites, and newspapers they bought) have completely replaced freedom of speech with freedom of lies.

This paradigm explains the following: propaganda is the main weapon of the Kremlin. Russia’s current invasion aims to disconnect Ukrainians from information and connect to Russian information’s needle. After that, you can form a “people’s militia” and withdraw troops. Information autocracies have learned to commit crimes in plain sight and avoid responsibility in the process. With the help of propaganda, you can blame the victim for the crime or sow doubt that the crime took place. That is why today, Russia bombs telecommunication centers in Kharkiv, Kyiv, Rivne, Kherson… They try to suppress free Ukrainian mass media and put a Russian alternative reality on the table.

There is an opinion that to stop the aggressor, it is enough to disconnect its population from propaganda and give truthful information. Some say this is the cheapest way to prevent a nuclear war. To run Russian versions of the top world’s news channels and broadcast them to Russia for free from satellite and the Internet – here is the recipe to conquer the information autocracy.

This suggestion may sound good, but why is Russian propaganda so successful in the diaspora? Who prevents Russians in Germany or the U.S. from following different sources of information, double-checking, or thinking critically? Nobody. Russians (and even more non-ethnic Russians, but Russian speakers) followed pure propaganda. Why? Because it makes them feel great. Simple as that.

The feeling of “greatness” reminds the sentiments of an ordinary Soviet citizen, who had no rights, was poor, and lived under total informational control of the Soviet state. But this man was proud that the USSR could destroy all the West (and all the world, of course) with the nukes. It seems the same feeling have many Russians. And it does not matter where they live – in Moscow or Berlin. This perverted sense of greatness is frightening.

Russia desperately needs freedom of speech. Russians desperately need to get rid of the information autocracy. But it seems this is only possible with the Russian statehood’s total collapse.