“Tanks go through Prague”: the Czech Republic under the Kremlin’s gun again 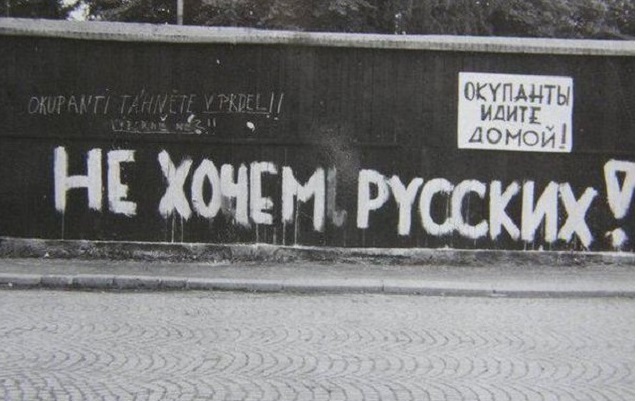 “Tanks go through Prague” is a poem written by the Soviet and Russian poet of Ukrainian origin Yevhen Yevtushenko (1932-2017) immediately after launching the operation of bringing the USSR and other WTO countries’ troops to Czechoslovakia in response to the events of the Prague Spring in 1968. The author expressed a negative attitude towards Soviet aggression, which is why the poem was first published only in 1989.

More than half a century has passed since then. The Soviet Union has been a thing of the past for 30 years. So has the Warsaw Pact.

Czechoslovakia ceased to exist either. Instead, the successor states that have emerged in its place – the Czech Republic and Slovakia – have been the members of both the European Union and NATO for quite a long time.

However, the membership in these prestigious Western organizations has provided them with both stronger protection and vulnerability. After all, it seems that the fact of belonging to the common Euro-Atlantic space distracted these states from realizing that the danger the Kremlin used to pose in the Cold War era has not disappeared, and that the current Russian leaders are not much different from the Soviet ones.

Unfortunately, neither Prague nor Bratislava woke up after Russia’s aggression against its neighbors, namely Georgia and Ukraine. As opposed to the latter, another Central European capital, Warsaw, is always mindful of the fact that there is an adversary of its independence

A bad memory or lack of awareness of the danger from the East created at the heart of Europe a breeding ground for such phenomena as “the Czech friends of the Kremlin”, the Slovak “Sputnik” crisis, and so on, which bear their tragic fruit.

However, as it turned out, the Czech Republic faced Russian aggression in the same year as Ukraine did in 2014. That is exactly when in October and December the ammunition depots exploded in the Czech village of Vrbetice. The notorious Russian agents “Alexander Petrov” and “Ruslan Boshirov” were suspected to be involved into this.

It is interesting that the disclosure of Russia’s subversive activities took place in the period, which is referred to as the “new cold war”. It concerns the new sanctions imposed by the United States on the Russian Federation on April 15 this year in response to the Kremlin’s attempts to undermine free and fair elections in the United States and its allies, as well as Russian hazardous activity in cyberspace.

The mentioned situation created a real diplomatic ripple effect. Following the decision of the Joseph Biden administration, they launched an active mutual expulsion of employees from the foreign institutions. And not just American or Russian.

For example, immediately after the announcement of the sanctions, Warsaw, in solidarity with Washington (and once again emphasizing the understanding of the Russian threat), declared three Russian diplomats “non-grata”. The Russian Foreign Ministry drew particular attention to this in the statement dated April 16th, criticizing that “Warsaw “sang along” to the US administration” so quickly, and demanding the departure of three Russian diplomats from Poland”.

However, if Polish solidarity with the United States did not seem extraordinary, then suspicions of the Czech authorities that Russian was involved in sabotage in 2014 and the expulsion of its eighteen diplomats were a real bombshell in Moscow. And it obviously had the appropriate reaction.

“Prague is well aware of what will happen after such tricks”, said the Russian Foreign Ministry representative Maria Zakharova commenting on the expulsion of Russian diplomats.

At first sight, it may seem that the mirror answer was meant. Officially, this is true. After all, it soon became known about the expulsion of twenty Czech diplomats from Russia.

However, we cannot help but notice the subtle conscious or unconscious hint of the Russian Federation about how Moscow can actually respond to such actions of the states that were considered friendly the previous day. This refers to the above-mentioned Operation Danube, namely the invasion of the territory of the then Czechoslovakia by the troops of the socialist camp and the suppression of the protests.

On this background, another coherent event, which makes the current world situation similar to that one during the first Cold War, is mobilization of Russian regular troops to the Ukrainian border. Now everything becomes clear. Apparently, Vladimir Putin has decided to make his long-cherished dream come true – to “get to London”, halfway to which is the Czech capital.

It is not excluded that this is just another Russian demagogy, with no chance to be implemented, except for a minimal mirror sanction response. Nevertheless, what is actually happening is the fact that humanity is gradually immersed in a new confrontation.

It is possible that in the near future the situation may get even worse, the peak periods of which may happen on the June NATO summit. All due to that it may consider the issue of providing Ukraine with an Action Plan for Alliance membership.

We hope the Euro-Atlantic community will finally take such a step. After all, we have already had such a chance in the past – at the NATO summit in Bucharest. However, either because of political short-sightedness or because of an imaginary fear of Russia, the opportunity was missed, and the consequences did not take long.

Who knows what would have happened if Ukraine and Georgia had received the NATO MAP in 2008. It is likely that there would not be Russian tanks not only in Prague or Bratislava, but also in Tskhinvali, Simferopol, Donetsk…

It is hoped that such mistakes will not happen again. In addition, recent events will motivate the Western powers to help Kyiv and Tbilisi accelerate their Euro-Atlantic integration, so that Yevtushenko’s poem “Tanks Go through Prague” does not become relevant again.