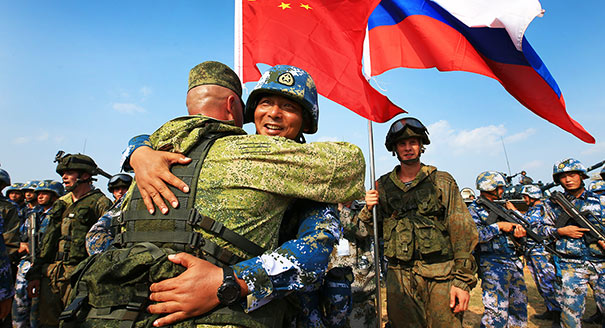 The current foreign policy of Russia pressured by Western countries is more and more turning towards China which, for its part, is becoming the biggest challenge for the West. Russia’s message conveyed by its Foreign Minister proves that there is a geopolitical rapprochement between Russian Federation and China.

According to Lavrov, the EU broke off relations with Moscow which has only a few countries left maintaining relations with it. Thereby, the Chinese option has become necessary for Russia.

However, the Russian-Chinese coalition has an asymmetric balance of powers. Russia can expect to achieve parity only in the military field and raw materials. But, when it comes to the issues of economic development, high technology, and geopolitical growth, then, of course, Russia enjoys the role of junior partner. Today the latter is in the situation when it has to resist pressures. It has long been clear that Russia on its own is capable of opposing the West nothing but a military threat and blackmail over the raw materials. The Putin regime’s claims to the global leadership cannot be realized without the external support. But, the worst thing is that the aggravation of the geopolitical confrontation, the consolidation of global rivals will inevitably affect our country.

The growing economic vigor of China is likely to reduce the opportunities for the West to pressure on it. In this context, Biden probably realizes that the direct economic confrontation between the United States and China, which Trump has attempted, is the wrong strategy. Therefore, Biden’s initiative to create the alternative project to the Chinese “One Belt – One Road” looks like a search for solutions to strengthen the competitive position of the West and especially the United States.

Significantly, most Russians see China as a factor of strengthening Russia’s role in the world (55%), while 9% have the opposite view. Others do not believe that China has influence on Russia’s position. As we can see, a fairly clear consensus is being formed around the pro-Chinese course of Russia. Thus, China is becoming a geopolitical alternative not only for the Russian political elites, but also for the population.

Nowadays, the West, represented by NATO, is removing off its masks, openly referring Russia and China as its main threats. Increasing pressure on Russia will undermine its ability to remain a global player on its own, so it will provoke its further drift towards China. The process of forming the geopolitical blocs is definitely a risk factor for the world security.

As for Ukraine, in this context, the sensitive issue concerning the subjectivity of our country in international relations becomes relevant. It would be naive to hope that one of the great international players is sincerely concerned by the well-being and peace of the Ukrainian people. It seems more believable that Ukraine is a specific “go-between” in the relations between the West and the East, and the contradictions of these relations are not reflected on our country in the best way.