The coronavirus epidemic as an object of Kremlin propaganda 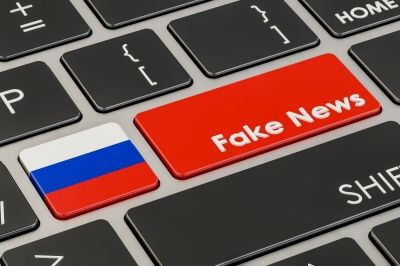 The study of the tools by which Russia promotes its imperial narrative, policy, or agenda — we can name various aspects — reveals how it uses various events for its specific purposes.

In particular, the Kremlin has used today's coronavirus pandemic to promote its own imperial views on what is happening in the world.

The analysis of official Russian documents helps to identify the original messages that Russians formed about the epidemic, how they were later transformed into various media that later processed, reworked, and presented this information into the right form for them promoting the Russian narrative, often without understanding it. As we can see from the examples, Russia is very fond of drawing historical parallels in this context. For example, we trace this to the appeal to the cult of World War II. Thus, the mission of Russian military doctors in Italy and Serbia, taking into accountits size, was rather symbolic. At the same time, all this was actively covered by the media, it was reflected in press releases on the website of the Ministry of Defense of the Russian Federation. In the case of Italy, it was presented as follows: "The Russian military, like 75 years ago, is saving Europe from disaster" - a similar message has been encountered many times. It is difficult to disagree with the opinion of the Russian philosopher that World War II turned into a religion in Russia, with its holidays, the pantheon of saints, its own principles and definitions. That is why the relevant historical parallel was used today to delineate the missions in Italy and Serbia.

It should be emphasized that the emphasis was not on the Soviet soldiers who liberated Europe at that time, but on the Russians. The word "Russian" today dominates in the Russian historical narrative, in fact, there is a sign of equality between Russian and Soviet. This helps the Russians to interpret their imperial ambitions: when Soviet means exactly Russian, then, for example, the Antonov Plant Design Bureau in Kyiv, with its significant achievements, is automatically meant as "Russian." Like they say that the Russians "brought" such achievements to Ukrainians, Belarusians, Kazakhs and others. By such an easy reception Russia extrapolates a large number of narratives to the stratum of common Soviet history, which complicates the existence of already independent states, as it allows a free interpretation of history and claims, including territorial ones. The difficulty of resolving this situation causes certain pitfalls for these states, because the question arises, to what extent are they responsible for the Soviet legacy, in particular the negative one, such as repression? In the case of the Russians, they are quite calm about this aspect, saying that Stalin carried out repression, but built a majestic state. On the other hand, there are more difficulties for us in developing an attitude to that period than for today's Russian historical policy.

Returning to the topic of coronavirus, Russia likes to focus on the failures of the West. They say that some EU institutions reacted late and did not take into account the interests of all member states due to complicated decision-making procedures. One can even agree with some aspects, because indeed, in times of crisis, democratic institutions are not always able to react quickly. Therefore, Russia and China have used the coronavirus problem to show that authoritarian regimes respond better. First of all, the advantages of the authoritarian model are emphasized for the countries of Eastern Europe to show, as it were, the effectiveness of Russia. Russian propaganda tried to promote in Belarus and Ukraine the narratives about the ineffectiveness of their government to create uncertainty in societies in the future. Therefore, the topic of coronavirus is actively used for manipulation in order to destabilize the situation. In addition, during the pandemic Eastern Europe was being faced with the narrative that this part of Europe became unnecessary for the West, which had completely closed its borders and no longer needed migrant workers. Instead, the "Russians do not abandon theirs," which is the second part of the Russian narrative, its reinforcement.

With such examples, Russia demonstrates that in its narratives it often draws on historical analogies, a good understanding of the region of Eastern Europe, perhaps even better than the West, and its goals in it. Therefore, it will continue to promote its own interests and will not give up its ambitions. Western civilization is contrasted to Russian civilization (or the so-called "Russian world"), which is seen within the spread of Orthodoxy. Therefore, the independent states of Eastern Europe must be aware of this danger and jointly counteract it.