The historical dialogue between Poland and Ukraine. The principle of ideological balance 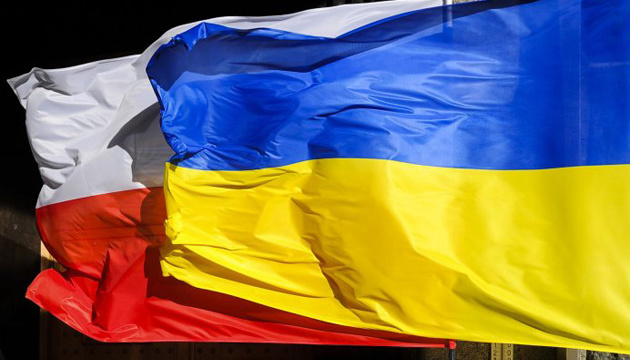 In the last five years, the historical dialogue between Ukraine and Poland has intensified. Legislative and educational activities of the Ukrainian Institute of National Remembrance as a central executive body and the events in Kyiv in 2013-14, later called Ukrainian Revolution of Dignity became the impetus for discussions on complex topics between Kyiv and Warsaw.

Polish-Ukrainian disputes on the conflict and discussion pages of the common history (the events in Volyn in 1943, the situation of the Ukrainian minority in the Second Commonwealth, etc.) began in the second half of the 1990s and has lasted to nowadays. However, the experience gained during the last five years emphasizes that all previous discussions and assurances of reconciliation have emerged to be mere words. The Ukrainian philosopher Alexander Maslak has aptly stated that a "kitsch combination" and mutual adoration of certain ideological environments had been lasting for a long time, but not real reconciliation between nations of Poland and Ukraine. People who were not bearers of symbolic memory debated about Volyn, UPA and OUN. Then and nowadays, either historians or political figures with exclusively liberal views actively participate in the discussions. The Ukrainian and Polish sides deliberately exclude a wide range of representatives of the organization who symbolically identify with the legacy of the UPA and the OUN from the dialogue of nationalists. It is worth emphasizing that in the Ukrainian context, from a perspective of the war with Russia on the territory of Donbas, the history and significance of UPA, the figure of Stepan Bandera and actions of the OUN have acquired a new meaning and even greater mythologizing. It is worth recalling that according to most opinion polls, members of voluntary formations in 2014-15 and volunteers have considerable authority in the Ukrainian society. Accordingly, the involvement of representatives of Ukrainian nationalist and conservative organizations (parties, public organizations, analytical centers) in the historical dialogue might serve as an impetus for real reconciliation and reduction of tensions, usually increased externally.  The exclusion of Ukrainian rights from the debate and a conscious attempt to marginalize the right-wing environment result in the radicalization of these organizations. Outside the parliamentary, Ukrainian opposition is extremely nationalistic, which presupposes that it is acting externally. Beginning from 2014, the Ukrainian army began to form, in a formal and non-formal way, its own, not Soviet, traditions, which were largely related to the traditions of the 1917 - 1920 liberation campaigns and of UPA.

It is evident that liberal participants in the Polish-Ukrainian dialogue do not have the authority and symbolic capital among those people who identify themselves with UPA or OUN.  Accordingly, dialogue and reconciliation happen between people who have not been and cannot be in conflict due to their worldviews.

Another component of the dialogue should be the internal Ukrainian dialogue on the heritage and significance of the Soviet Union and socialist Ukraine. The refusal of the Ukrainian Ambassador, Andriy Melnyk, to attend a ceremony declaring the decline of World War II in Berlin with Russian officials or to commemorate Ukrainian soldiers who met on the Elbe with the Red Army and US troops caused a panic attack in the Russian media.

The first stage of decommunization could be considered complete, but Ukraine requires the second stage, embracing the development and Ukrainianization of the Soviet heritage not through denial but through perception.

Ukraine requires determining the role and meaning of its Soviet past.  It is evident that there can be no simple and quick answers to difficult questions, but they are of vital importance to strengthen and build a strong identity of modern Ukrainians, given a dire need to resist attacks on the historical front.

Until 2014, the slogan "Crimea is a part of Russia" was shouted by marginal Russian politicians, after the annexation of Crimea, revanchist views of Eduard Limonov and Alexander Dugin became the norm for Russian society.

Ukraine should be aware of how to counteract at different levels and methods, because war begins and ends in one’s head, and only then on the battlefield.