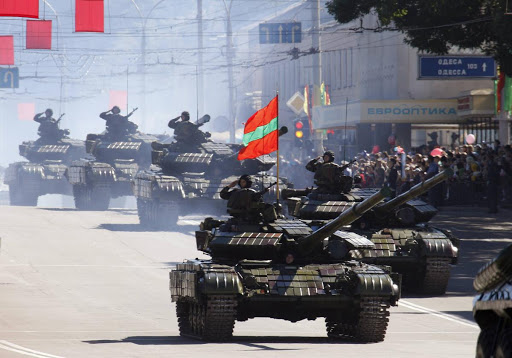 Every year on March 2, Moldova commemorates all those who died in the war on the Dnister about thirty years ago.

On March 2, 1992 the Moldavian President Mircea Snegur decided to send the newly formed army to the region that had been the clash point for three years between Moldavian police and illegal groups consisting of the locals, Russian mercenaries and the soldiers of the 14th Russian army located in Bender (the Moldavian Tighina). They got the weapons from the warehouses of exactly that army. The one, which a few months later would openly side the separatists. For that very reason, Moldova was forced to sign a ceasefire agreement. According to official data, the conflict claimed the lives of about 1,500 people.

There is much talk of the Transnistrian conflict. In particular, following the Russian aggression against Ukraine. Many times they compare the two conflicts and try to predict the possible scenarios in the Donbas, based on the experience of Moldova. However, is such a comparison correct? Well, yes and no.

Both conflicts actually have a lot in common. First of all, the common aggressor is Russia. Secondly, at the beginning, the scenario of events was almost identical. Just like in Ukraine, the events in the then MSSR started when Chisinau started a prominent shift towards independence from the metropolis. In both cases, the fake language problems were used as a tool. As in Donbas, the Russian armed forces concealed their involvement, hiding behind the mask of the “local troops” and began to act openly as soon as it became clear that the situation was not developing the way they wanted.

However, there are a few key points that still distinguish the two conflicts.

First, unlike in Donbas, Russia has managed to legalize its military presence in Transnistria under the guise of peacekeepers. That was one of the main conditions of the ceasefire agreement and it violated all international standards: one of the parties to the conflict cannot act as the mediator. It did not make sense to discuss the impartiality necessary for peacekeepers. However, due to the status of a peacemaker, Russia no longer looked like a party to the conflict and it was able to do what it failed to do for seven years of aggression in Ukraine – to involve the separatist groups as a subject of the negotiation process. Thus, in the event of the negotiations failure, Moscow had the opportunity to avoid sanctions, claiming that Chisinau and Tiraspol cannot agree on all this. Although, as time proved, Tiraspol cannot take independent steps without Moscow’s consent. However, both at the international level and even in Moldova itself, the TMR has come to be seen as a separate subject in the political process. And Tiraspol itself managed to form its quasi-statehood.

Another point that distinguishes the Transnistrian conflict from the war in Donbas is that, despite changes of leadership in Kyiv, the issue of Russian aggression remains the major one, both within the country and in communication with international partners. Same cannot be said for Moldova. In 2014 they did a lot of talking about the current state of Transnistria in Moldova and analyzed the events of 1992. In 2017 the Constitutional Court officially recognized the fact of Russian occupation. Before that, there had been no clear discussion on the topic of the conflict in society. It is significant that even now there are some remarks that in 1992 it was a civil conflict. And this is said not only by members of the pro-Russian parties, such as the PSRM, but also by the representatives of pro-European forces. For instance, in 2019 the then Minister of Foreign Affairs in the Sandu’s government, Nico Popescu. This has strong impact on the formation of clear strategies for the country’s reintegration.

And finally, the main difference is the time. The frozen conflict in Moldova has existed for almost 30 years. A generation of people has already grown up on both banks of the Dnister, who accept the current state of affairs as normal. And the longer the current status quo lasts, the less likely it is that anything will ever change: Moldova will be able to integrate Transnistria, and Tiraspol can become independent. Therefore, Ukraine must investigate the case of Transnistria to understand what the consequences will be if Kyiv takes the same steps that Chisinau was once forced to take.