The Three Sea Initiative for the Baltic States: what do we measure and where do we move? 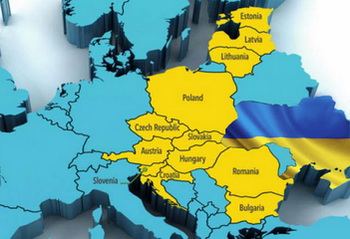 Any regional formats based on common interests and existing cooperation have their total value, as they allow to systematize this cooperation and to function in relations with other states or associations of states in a permanent alliance.

Since its inception, the Three Seas Initiative has quite ambitiously identified the Baltic, Black and Adriatic Seas as infrastructure projects. In particular, among 150 potential projects, the leading ones are those related to the development of energy infrastructure. The dominant theme of the first 3SI summits was the necessity to develop interconnected infrastructure along the North-South Axis, where the absence of these networks clearly affects energy, economy and security policy. These include the construction of liquefied gas terminals in the Baltic States, Poland and Croatia and the strengthening of digital technologies.

The latter development of events has most interested the Baltic States in recent years, which did not really believe in the possibility of its implementation since the founding of the Initiative.

For the Baltic States, this will create a regional “gas network” and reduce the EU's dependence on Russia in the gas sector.

In addition, during the Warsaw Summit of the Three Seas in 2017, President Trump demonstrated America's active support for this regional initiative.

The pressure of aggressive policy intensified by the Russian Federation united these countries in such political and economic dimension of the Three Seas. After the annexation of Crimea and Russian military aggression against Ukraine, such countries as Poland, Lithuania, Latvia, Estonia, and Romania felt an increasing necessity to strengthen their strategic partnership with the United States.

The Three Seas Initiative is aimed at strengthening cooperation in the EU single market as well. The member states have declared the intention of diversification, especially when gas supply is considered in order to improve energy security in the region. This process is directly related to US diplomatic action in the global liquefied natural gas market. In this context, the Three Seas Initiative should ensure the US presence in Central and Eastern Europe, according to President Trump's statements at the 2017 Warsaw Summit.

The Bucharest meeting in 2018 was a perfect step to build architecture of balances and counterweights between the US and the EU, resolving certain reservations and concerns about the possibility of dividing Europe by the initiative actively supported by the United States. This is stated in the final document of the summit, which highlights “strengthening the amalgamation of the European Union and enriching transatlantic ties.” There are also theses about “strengthening regional connectivity”, about “EU unity” - and, at the same time, about “the economic presence of the United States in the Three Seas region”.

The Three Seas Initiative has become one of the focal points of the Baltic States' foreign policy over the past few years. The Fifth Summit and the Third Three Seas Business Forum will happen on 19-20October 2020 in Tallinn. And Estonia is an example of a state that has changed the format of its participation from “mere interest” to “active participant”.

In addition, after the US Government and some members of Congress demonstrated considerable support for the initiative, Estonia offered 20 million € to the Three Seas Investment Fund. In October 2019, a resolution was submitted to the United States House of Representatives, “expressing support for the Thee Seas Initiative in its efforts to increase energy independence and infrastructure involvement, thereby strengthening the national security of the United States and Europe.” In February 2020, the secretary of state Mike Pompeo announced US commitment to fund the Three Seas Initiative countries up to 1 billion$ in order to promote energy security and economic growth.

What stimulated the United States interest in this regional initiative? If in the first years of the Three Seas Initiative it was a question of involving China in this format (which provided funding for this initiative from the global initiative “One Belt, One Road”), then the situation changed to the opposite in 2017-2018. Beijing is not mentioned, but the “promo” of the United States is becoming louder. Undoubtedly, the escalation between the Americans and the Chinese has significantly affected the unwillingness of the three countries to actively cooperate with China on this track.

Estonia, together with Poland and Romania, has already consolidated the Three Seas Investment Fund, generated to finance ambitious infrastructure projects in the energy, transport and digital sectors of Central and Eastern Europe.

From the perspective of the North Baltic region, the question of the Nordic countries participation arises, as the economies of the Baltic States are closely connected to the northern economies. However, there is a deficiency of knowledge and interest in the Three Seas Initiative in the Scandinavian capitals, and it is currently complicated to assess whether this has to be changed or not.

The Three Seas Initiative is also a convenient method to diversify the Baltic bilateral relations with the United States. They, similarly to other countries, are seeking for possible ways to increase foreign investment. However, the major question arises: how will the participation of the Baltic States in the Three Seas Initiative be measured with their participation in the 17 + 1 Initiative, where China is a trendsetter?

The increased interest of these countries in China is explained by the necessity to expand exports through the second world economy, as well as to attract Chinese capital and enlarge transport infrastructure.

We should highlight that China demonstrated its solidarity and cooperation with most EU member states during the pandemic. The decision to assist the world in countering the spread of coronavirus was a geopolitical exercise for China. In its relations with global players, China is trying to demonstrate its global responsibility, which is one of the hallmarks of the state declaring world hegemony. It is also apparent that China provides its assistance to demonstrate reward for the commitment of individual states to such Chinese Initiatives as “One Belt, One Road” “17 + 1”. In addition, China is trying to adjust its narrative and self-present not as a country of COVID-19 origin, but as a contender for global leadership, which has not only handled the crisis at the national level, but also contributes (sometimes questionably) to resolving it globally.

Therefore, such examples, in particular, that Estonia ordered anti-virus protection and medical equipment from a Chinese company costing more than 10 million euros, generated quite contradictory comments from the Estonians.

In addition to the presidents of all 12 member states of the Initiative, Kristalina Georgieva a representative from IMF, Dan Bruyet US Secretary of Energy, and Frank-Walter Steinmeier President of Germany confirmed their participation in the Estonian Summit of the Three Seas.

How and what role Germany and the EU will perform and how they will relate to the Initiative remains to be considered. This is especially interesting in the context of Germany's position and recent statements in terms of Nord Stream 2 fate..

Finally, the Three Seas Initiative is advantageous for US diplomacy. The power of the United States to unite countries and compel them to cooperate is unmatched in the world. In one of its statement, the United States even insisted that the Three Seas Initiative would have to obey the principles of the Blue Dot Network to evaluate and certify infrastructure development projects for financial transparency, environmental sustainability and economic development.

Should we analyze the relations between Kyiv and the Three Seas Initiative, they are deficient in pragmatism and implementing a strategy.

When the Initiative's first summit was organized in Croatia, Kyiv ignored the invitation. Ukraine has not been invited to the summit in Warsaw since 2017, although against the background of Trump's visit to Warsaw, there was considerable interest generated from the Ukrainian side. Then Kyiv was informed that the summit was only for EU member countries.

After that, a dialogue on the possible format of Ukrainian participation in the Bucharest summit continued throughout the year. And although it was not possible to achieve even the status of an observer for Ukraine, the compromise was the invitation for Ukraine to attend only the Business Forum, at which no one from Kyiv arrived.

In August 2019, during the visit of President Zelensky to Poland, he unexpectedly stated that Ukraine was interested in becoming an active participant in regional projects, including the Three Seas Initiative. It was also highlighted that Ukraine has been already cooperating in the construction of the Trans-European road network Via Carpatia, and has been discussing an ambitious project on European route E 40 for Ukraine. Ukraine presented the same thesis in Estonia in November 2019 during the visit of the President of Ukraine to this country.

We shall observe how these plans will be implemented…

To conclude, we would like to highlight that the Three Seas Initiative is still at its preliminary stage, where there are more questions than answers. It is not complicated to identify practical shortcomings and criticize the initiative, but this is happening at the time when regional cooperation is enduring hardship caused by the pandemic.

Therefore, should the Three Seas manage to implement at least a few projects; it will be a significant success that should not be discarded. And Ukraine should consider the promising Initiative more pragmatically.

«THE THREE SEAS INIIATIVE AND CRIMES OF THE EMPIRE:

FROM “BLOODY LAND” TO “SECURITY SPACE”»