THE US FOREIGN POLICY STRATEGY DURING THE BIDEN YEARS: THE DOCUMENT 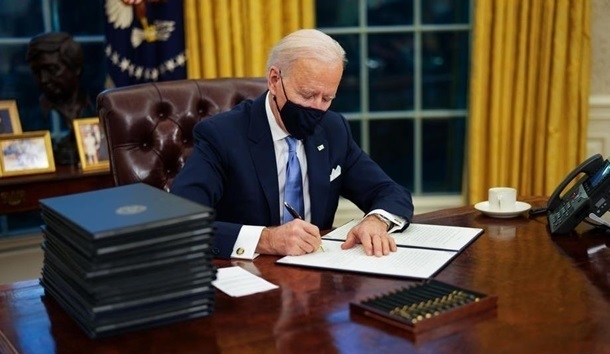 The United States refuse to be engaged in expensive arms races and “endless wars” that cost thousands of lives and trillions of dollars. In general, the US Secretary of State Antony Blinken, speaking about the goals of the Joe Biden administration, outlined the following priorities that are directly related to the foreign policy: to revitalize relations with allies and partners, and to confront China.

Just over a month ago, in early February 2021, we made an attempt to predict Joe Biden’s foreign policy strategy (THE US FOREIGN POLICY STRATEGY DURING THE BIDEN YEARS: THE BEGINNIG) on the basis of his appeal to the staff of the Department of State.

Back then the US President announced a change in attitudes to the United States’ position in the world, and assured that Washington is returning to its customary leading role in the democratic world.

At the time, it was an impassioned speech. However, now a 24-page document called the Interim National Security Strategic Guidance has appeared on the White House website. Let’s try to figure out what kind of document it is and what type of future is there for the world.

The first paragraph of the introduction makes a clear reference to the internal problems of the United States and the foreign policy challenges that worry Washington the most: “We confront a global pandemic, a crushing economic downturn, a crisis of racial justice, and a deepening climate emergency. We face a world of rising nationalism, receding democracy, growing rivalry with China, Russia, and other authoritarian states, and a technological revolution that is reshaping every aspect of our lives”.

Remarkably, the Russian Federation is classified as an authoritarian state; here Washington has made it clear that the Kremlin can leave the talks of “managed democracy”, and “sovereign democracy”, etc., exclusively for domestic use.

By the way, the simplest search for a pdf-file with the text of the document shows that the word “Russia” appears in it five times, while the word “China” is repeated up to 19 times. So you do the math, as they say, about the quality and priority of threats.

Moreover, if everything is clear with China – it is the threat of №1, then Russia is given the role of some minion, a troublemaker on the world stage, which, however, does not yet reach the status of “threat №1”.

It is stated in the document that “China, in particular, has rapidly become more assertive. It is the only competitor potentially capable of combining its economic, diplomatic, military, and technological power to mount a sustained challenge to a stable and open international system. Russia remains determined to enhance its global influence and play a disruptive role on the world stage. Both Beijing and Moscow have invested heavily in efforts meant to check U.S. strengths and prevent us from defending our interests and allies around the world”.

On the other hand, in the US Interim National Security Strategic Guidance, Washington remains committed to a meaningful dialogue with Beijing and Moscow. In particular, a new version of the START (Strategic Nuclear Arms Control Agreement) was quickly signed with the latter. It is important to note that the United States refuse to be engaged in expensive arms races and “endless wars” that cost thousands of lives and trillions of dollars. In general, the US Secretary of State Antony Blinken, speaking about the goals of the Joe Biden administration, outlined the following priorities that are directly related to the foreign policy: to revitalize relations with allies and partners, and to confront China.

As for Ukraine and its problems, the Interim National Security Strategic Guidance did not mention them. But, no one should be blamed and there is no need to shout something like: “All is lost!”. The document goes on to discuss global strategic things, and Ukraine (thank God!) is not a global threat and challenge to the United States.

Ordinary Russians, stuffed with propaganda, may comfort themselves with the idea of greatness and power of their own state, the imaginary confrontation with the United States, and enjoy being mentioned in the Interim National Security Strategic Guidance.

But for Americans, who are accustomed to clearly outline their own priorities, the threats from the Kremlin are important, but not urgent. Ukraine should realize this and permanently persuade Washington in words and deeds (that is, through diplomacy and concrete actions) to involve Kyiv in the fight against this troublemaking minion from the northeast. And, for example, Ukraine’s status as the main US ally outside NATO would best meet our national interests. The former US Ambassador to Ukraine William Taylor, mentioned this the other day (in other words, he dropped Kyiv the most enormous hint about the goals and methods in the fight against Russia).

The battle for Ukraine’s own subjectivity continues. It is important to be aware of this and to fight for it. After all, in case of loss, it is quite possible for us to get the status of the Kremlin’s minion.