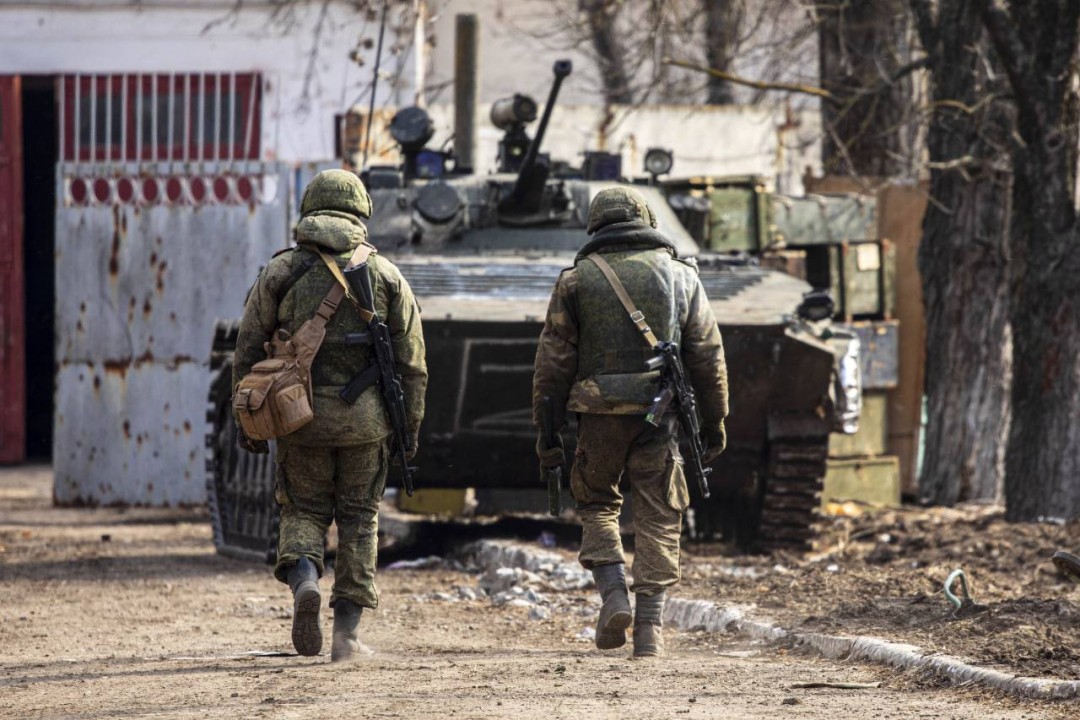 No war plan survives first contact with the enemy. That has never been truer than with the Russian Invasion of Ukraine that began on February 24th. The Russians were so sure that they could occupy Kiev, overthrow the Zelensky government and install a puppet regime in just a few days that they had little idea of what to do if they met with resistance, let alone failure.

Thus, when they failed to take Kiev the campaign began to unravel. The Russian military has never been known for their flexibility or subtlety. The lack of flexibility has been apparent as they continue to lose troops, weapons and equipment at an unsustainable rate while attempting to bludgeon the more nimble Ukrainian Army into submission. As for their lack of subtlety, this happens daily with indiscriminate bombing of cities and futile assaults by their soldiers. None of this bodes well for the campaign’s ultimate success. Sticking to the same old tactics shows an unwillingness to heed the harsh lessons of the war thus far.

Unsustainable Strategy – The Course of Action

If the NATO figure stating upwards of 40,000 Russian troops have been killed, wounded, and missing in action are true, then the campaign could soon be rendered unsustainable. Because of this, the Russians will be forced to implement a new strategy. One that will likely focus on finding an achievable goal. If attained this could allow Valdimir Putin to declare victory and pull Russian forces out of Ukraine or at least keep them in areas such as the Donbas they can occupy. Putin either takes this course of action or continues the war as before which will cause even greater damage to the Russian military.

Whatever course Putin decides upon, his forces will be trying to implement a strategy without 250 planes and helicopters, almost 600 tanks and 1700 armored personnel carriers. Those pieces of equipment, just like those 40,000 soldiers lost in battle, will not be coming back. It is almost certain that the Russians will have to scale back their strategic objectives. This was why their military leadership recently announced a reorientation of the “special military operation.” One that would allow them to consolidate gains in the Donbas region. This and the taking of Mariupol offer the best opportunities to claim some sort of success, but make no mistake, both would be pyrrhic victories.

What Has Been Lost – A Reputation In Ruins

Start with the conquest of Mariupol, if that happens the Russians will surely propagandize it as a success. Usually when it comes to military victories, the winners talk about what has been gained. The Russian campaign to subdue Ukraine has gone so badly that it makes more sense to talk about what has been lost. By reducing Mariupol to rubble, the Russians have lost the battle for hearts and minds in both Ukraine and worldwide opinion. Mariupol will be the epicenter for claims against the Russians for committing war crimes. This reputational damage has been extensive. The city has become the symbol of Russian military aggression.

It is a monument to malevolence with mass graves, apocalyptic destruction of buildings, displacement of the entire civilian populace, kidnapping and enslavement of thousands of Ukrainians and atrocities that have more in common with the Second World War than the 21st century. The sheer brutality of the siege and dismemberment of the city has been breathtaking. Mariupol is now a bombed out wreck with virtually zero infrastructure. Both the legacy of its conquest and an urban disaster area is what Russia might inherit. Their lone success in Mariupol is that it denies Ukraine access to the Sea of Azov. The destruction and occupation of Mariupol can never compensate for the losses incurred by Russia during the campaign.

As for the Donbas, the Russians could likely have taken much of the region if that had been their main objective all along. Refocusing their efforts here makes the most sense. That is because the separatist forces they have been backing in the war there since 2014, already held one-third of the Donetsk and Luhansk regions. The Russians could have pushed this foothold out further and still might. Unfortunately for them, this will not be as easy as it may seem. The best Ukrainian forces are stationed here. They have slowed the Russian advance to crawl. While they may not be able to hold back an all out effort, if they do, then the Russians will have suffered a major defeat, one from which their campaign in Ukraine will not recover.

If the Russians take enough territory to declare victory in Donbas, then they might conceivably annex both the Donetsk and Luhansk statelets. What this will achieve, other than a propaganda victory at home, is difficult to say. Any annexations of Ukrainian territory will almost certainly mean that sanctions imposed by western countries will continue. These are already causing grave damage to the Russian economy. Annexation of the Donbas as the lone Russian success would also have unintended psychological effects. It could forever act as a reminder that for all the men and material lost in Ukraine, the Russians ended up with something they already controlled. Just like Mariupol, the Russians will inherit war torn territory. Due to the economic damage from sanctions, the Russians will not have the finances to rebuild the area. The two statelets will act as a drain on scarce resources while tying down the military with an occupation.

The Ultimate Outcome – A Study In Failure

When the war finally ends a looming question for Russia will be, “Was the invasion of Ukraine worth the losses they suffered?” If Mariupol and Donbas are the prizes than the answer would have to be no. Vladimir Putin’s impulsive decision to invade was predicated on installing a pro-Russia puppet regime in Kyiv to govern Ukraine. An added benefit would have been territorial gains, especially along Ukraine’s coastline. While modest territorial gains still look achievable, they will probably do little to inhibit Ukraine’s economic and political development. For example, Ukraine would still have access to the sea through the port of Odessa. While if Russia ends up controlling the Donbas that would still make them responsible for the region. Ukraine would be alleviated of that stress. While not ideal from a Ukrainian standpoint, in the long term this could still result in a favorable outcome. Does anyone really think that the Donbas will stay with Russia beyond the reign of Putin? It will be yet another separatist region like Transnistria, Abkhazia and South Ossetia that is a drain on Russia. Most leaders set their countries up for success, Vladimir Putin sets his up for failure. And that will be his ultimate legacy.