WHAT TO DO WITH TOXIC RUSSIA? 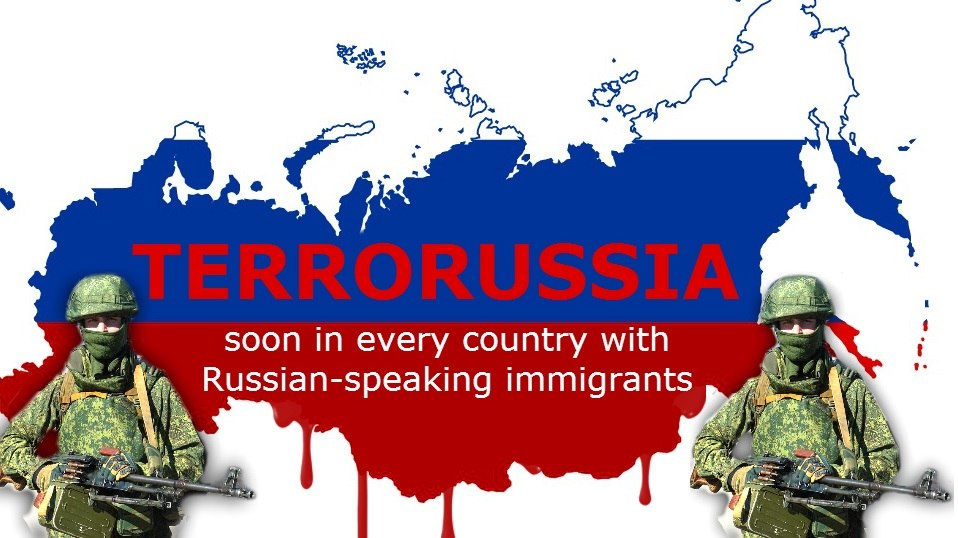 Russia, without exaggeration, has opened a new era in international relations. The brutal attack of the Russian army in Ukraine, the war crimes committed by Moscow against the civilian population, the vast array of lies and misinformation from the Russian propaganda media - all this is a new reality with which all nations of the world must live. Some future historians will call February 24, 2022, a turning point, a break of epochs.

But the Russians of the future should not expect anything positive in these works of historians. They should expect the same condemnation that Nazi Germany received. Russians should prepare to live with the guilt that Germans still live.

What Russia is doing on the territory of independent Ukraine, historians of the future may well call "genocide of Ukrainians," "war to destroy the Ukrainian people," or "war to destroy Ukrainian statehood." Such formulations are already appearing. And they will only become more. With each destroyed Ukrainian city, bombed-out village, and killed Ukrainian civilians, fewer states will try to show neutrality. Few are trying to avoid the horrible crime against humanity that Russia is committing these days.

All countries of the world should understand as soon as possible: any support for Russia is complicity in this crime. Russia is a toxic state. Business gets out from Russia. Nobody wants to deal with Moscow, and planes don't fly there. Such a "Country 404" on 1/9 of the Earth's surface. Historians of the future will write about how Russia has misinformed and deceived the whole world for years and, most importantly - its citizens. Those citizens knew perfectly well what was happening but tacitly played a role in the model of a social contract that has been in place in Russia since 1999. This model was simple: the relative prosperity and imaginary "greatness of Russia" created by propaganda in exchange for uncontrolled enrichment of elites, corruption, and most importantly, deprivation of Russians of basic civil rights. The right to freedom of speech, the freedom of peaceful assembly, the right to protest. Needless to say, Russians, that you had no choice. That you were beaten in the squares and raped with a mop in the police stations. You created this monster yourself. You did everything yourself so that your voice did not decide anything.

All countries need to understand that Russia needs to be completely isolated from the world community. Russia is a dirty stain on modern world civilization. Not a single word coming from Russia can be trusted. We have seen this more than once. Shameless lies and propaganda, zombies instead of citizens - these are the realities of today's Russia. Therefore, civilized states must distance themselves from Russia in every possible way. The degree of their cooperation and support for toxic Russia will be assessed by history, humanity at the International Court of Justice. Everyone will have to answer for their sins. Therefore, the cessation of any cooperation with the Kremlin is preserving its reputation. This fact is understood by more and more states and world leaders. It is only necessary to look at the transformations that have taken place in Germany since February 24, 2022.

Based on the obvious fact that Russia cannot be trusted, it is worth mentioning another possibility. Putin will not stop in Ukraine. Who will be next? Moldova, Georgia, Lithuania, Poland? Will nuclear missiles try to fly to Washington right away? And it is not necessary to speak about the impossibility of the last. No one imagined war in Europe a few months ago. Nobody talked about genocide. Few imagined the scale of the humanitarian catastrophe.

Most experts said it was impossible to guess what was on Putin's mind. Well, if Putin wanted to convince the world of his unpredictability, he did. But Europe or the United States should not feel safe. Putin will have enough madness to at least try to destroy you.

Therefore, the West's priority is to provide Ukraine with weapons to destroy Russia, a global evil, until it attacks NATO nations. Tighten sanctions even more. Do not trade with Russia. At all. Destroy Mordor with the hands of Ukrainians.

The West does not want to fight in Ukraine. Then Western countries must give Ukraine every opportunity to destroy Russia's threat to the world. Support Ukraine with weapons and sanctions. Ukraine will do the rest itself.