What troubles V.Putin. The psychological aspect 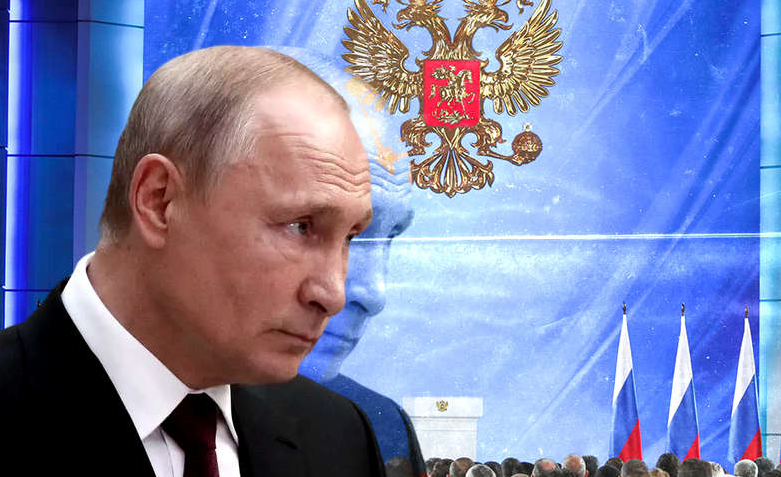 On Wednesday, April 4th 2021, the ardent supporters of the “Russian world” got another intake of propaganda drugs in the form of the Putin’s annual message to the Federal Assembly.

Over the past week the “drug habit” of the average Russian being impoverished, exhausted by the pandemic and total corruption, intoxicated by the “zombie box” has been deliberately irrigated by a large-scale advertising and information campaign in the media.

Expertly designed trailers have constantly fueled the interest in the important event, which would definitely change the lives of Russian citizens for the better.

Like a number of previous meetings, this one, in general, followed the usual, well-established scenario. The main character played the socially expected role of the “merciful Almighty”, the “father of nation”, who demonstrates not only general awareness, but also a deep and profound understanding of each topic. Showy and ostentatious optimism, absolute confidence that things will develop advantageously, using an incredible amount of progressive statistics, posed involvement, excessive liveliness and enthusiasm gave a certain falsity and theatricality to the speaker, and contributed to his credible manipulation of mass conscience.

Moreover, Putin firmly believed in everything he proclaimed and did not particularly care about the usual process of enchantment. That is why he did not demonstrate clear (obvious) markers of lies. Keeping his left hand on the podium, he unintentionally was looking for a certain foothold, so to speak “to ground himself” and maintain the desired statics. From time to time he deliberately resorted to rhetorical accents in order to provoke applause from the audience at the right time (which he reacted positively). This behavior is caused by the subconscious active search for emotional support of the audience and the desire to gain additional positive reinforcement of the voiced theses. Thus, during the first hour of the monologue, Vladimir Putin felt confident, relaxed, direct, and calm. His restrained pantomime, monotonous speech, moderate emotional background with hypnotic force lulled the agitated Kremlin army.

The most interesting and most important (in terms of psychological manifestations) occurred at the final 20 minutes of the monologue. A wise, knowing and sane viewer was able to see the true nature of the “naked king” – depressed, hypocritical, cynical, frightened, offended, tortured by phobias and paranoia. In this part of the message he purposefully manipulated the logic of the statement, deliberately distorting the facts; erroneously established the relationship of cause and effect, emphasizing them with intonation; used the pre-prepared aphoristic comparisons with characters from literature to mask the assault. The most expressive nonverbal illustrators of the emotional agitation (anxiety, worry) and, as a consequence, the falsity of the Kremlin leader are presented below.

“Russia is a welcoming country ... open to true friends”,(64 min) – a strong cough (apparently not caused by illness) is a clear indicator of lies.

“…no wonder that our Western colleagues stubbornly refuse from numerous Russian proposals to establish a dialogue in the field of information and cyber security. We have suggested this many times ... everyone avoids this issue even being discussed” (67 min) – the false information followed by an objecting gesture of the hand and barely visible lean backwards. It is also reflects the subconscious desire to distance from what has been said.

“… we behave in an extremely reserved manner, one might say, without irony – unassumingly…” (69 min) – reporting false information followed by cough and several shrugs.

“And we see what is happening in real life. As I said before, they find fault with Russia here and there ... for no reason ...” (69 min) – false information followed by shrugs.

“We really want to have good relations with all participants of the international communication, including, by the way, those with whom our relations have not been working out lately, to put it mildly. We really don't want to burn bridges!” (70 min) – reporting false information on the background of several nonverbal markers: cough, biting lips (illustrates the unconscious covering of mouth), leaning the body, careless move of the hand.

“Once again Russia strongly invites its partners to discuss the issues related to strategic armaments and the devaluation of global stability” (73 min);

“We are striving to give assistance in the settlement of regional conflicts ... as you know, Russia played the main role in that they managed to stop the armed conflict in the Nagorno-Karabakh region” (74 min) – passing from one foot to another with simultaneous leaning backwards indicates the unintentional desire to step aside and distance from the reported information, and indirectly confirms the internal (mostly subconscious) unperception of what has been said.

In conclusion, it is worth noting that the Kremlin’s foreign policy is clearly a “litmus test” of Putin’s emotional instability, concern, and even anxiety. He is motivated mostly by persistent imperial ambitions and practically does not take into consideration the domestic political problems of modern Russia.