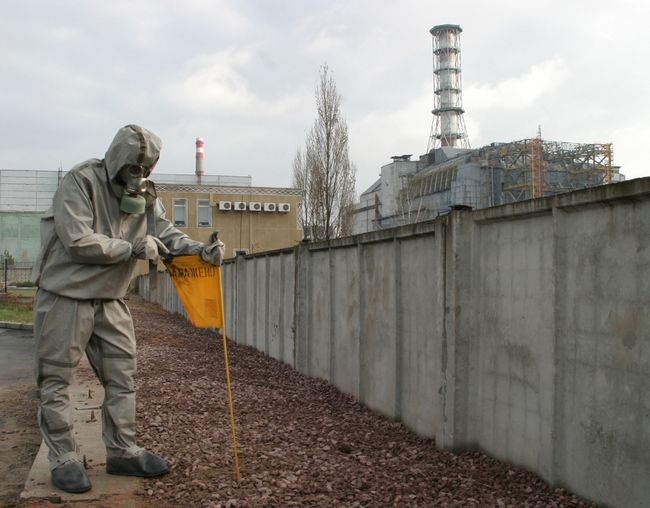 Given the current situation in Ukraine, there are signs that the Russian Federation is preparing a provocation in the form of a terrorist attack on the facilities of the occupied exclusion zone with the further accusation of the Ukrainian authorities.

This is evidenced by the reports on Minsk TV about the need for iodine prophylaxis for the Belarusian population, as if in connection with the preparation of a terrorist attack by Kyiv at the Chornobyl nuclear power plant, the arrival of the Russian special troops and units in the Exclusion Zone, and Moscow justifying its actions by searching for components of nuclear, chemical and biological weapons in Ukraine. Given the information regarding the Chornobyl terrorist attack (it was received from the Main Intelligence Directorate of the Ministry of Defense of Ukraine), there is a high probability that the Russian Federation will implement a scenario to search for a “dirty bomb” in the territory of the Chornobyl facilities “planted by Ukrainian nationalists” in recent days.

Such news is more than alarming. The world should not think that repeating the Chornobyl disaster is not possible. On the contrary, the world must think about how to avert an artificial catastrophe globally. However, we will not discuss the technical aspects of the problem now. It is worth focusing on the political aspects.

Secondly, if the answers to the above questions hang in the air, it is worth thinking: how can we effectively prevent an artificial disaster in the future? Does the IAEA cope with its functions? Can representatives of the aggressor state continue to work in this organization? Shouldn’t they at least be suspended from working in international organizations during the war?

It seems that the world bureaucracy is not yet ready to answer the above questions. And what will happen if the Russian lobby in IAEA not only sabotages the work of the organization but also actively promotes the spread of misinformation in the Russian Federation? Maybe it’s already happening? Perhaps the world should think about the future of the IAEA? Suppose the hypothesis of the IAEA staff’s assistance to Russia’s aggressive actions becomes a proven fact. Should Russia be excluded not only from the IAEA but also from other international organizations? And if yes, it is worth starting with Russia’s membership in the UN Security Council.

The world will have to answer all of these questions as soon as possible.