The latest developments of the Three Seas Initiative 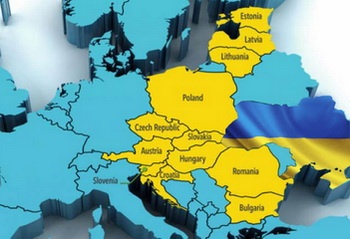 The most recent and the most concrete embodiment of the concept of Intermarium is undoubtedly the Three Seas Initiative, a cooperation format established in 2015 between 12 Central and Eastern European EU members from Poland and the Baltic states in the north to Romania, Bulgaria and Croatia in the south, which includes a single country outside the former communist bloc in Europe, respectively Austria.

The main objective is that of promoting cooperation, first and foremost, for the development of infrastructure in three sectors - energy, transport, and digital – with the aim to reduce the development imbalance between Eastern and Western Europe, through bridging the hundreds of billions euro gap in investment in infrastructure between the two great European regions.

While the EU and particularly Germany took part as observers to the last summits of the 3SI, the main actor which supports this format is the United States, which regards it as a means to: 1. Increase the resilience of the region with a view to better handle the risk of a Russian aggression; 2. Curb the development of Chinese influence in the region, exerted through the competing cooperation format 16+1 (which in fact kicked off earlier than 3SI); 3. Develop a market for American resources and technologies; 4. Consolidate a new Eastern European pole in Europe, which could at least partially balance the Western European pole, and particularly the French and German entente with its mildly positive orientation towards Russia, despite this country’s aggressive behaviour on the international scene.

While the US commitment to this format was made clear during Donald Trump’s presidency, through his participation to the Three Seas Initiative second summit held in Warsaw in 2017, it should be noted that the interest and the support of the United States will not fade during Joe Biden’s presidency, as the House of Representatives unanimously passed a bipartisan resolution in support of the Three Seas Initiative on 19 November.

It was less than a month after the fifth Summit of the 3SI, held on 19-20 October 2020 in Tallinn, Estonia, which meant significant progress particularly in the organisation and expansion of the Initiative’s Investment Fund: beside its founders, Poland and Romania, the main driving forces of the Initiative, the Fund received money from Estonia, Latvia and the United States and promises of payments from Bulgaria, Croatia, Lithuania, Slovenia and Hungary. If the Fund, which is independently managed by Amber Infrastructure Group, will secure by itself funds of 3 billion US dollars, then the US pledged to increase its actual share of 300 million US dollars to 1 billion US dollars.

In an op-ed that I wrote just after the summit of October, I emphasized the fact that the next step in assessing the chances of success of the initiative will be represented by the start of financing infrastructure projects in the region. And indeed, the first two investments were announced at the beginning of December. First, the acquisition of a 100% interest in Cargounit, the largest private locomotive leasing company in Poland and the sixth largest company in the rolling stock industry in Europe, in fact the market leader in Central Europe, whose rolling stock is used mainly by carriers from the petrochemical, chemical and metallurgical industries. Second, backing for the development of a network of green data centres in Central and Eastern European countries, with its first step, a green 20MW data centre facility currently under construction in Estonia, developed by Greenenergy Data Centres.

Thus, I would say that the latest and most ambitious cooperation project that seeks to give a physical incarnation to the concept of Intermarium is now fully on track, under the aegis of the United States. The odds are positive for the moment, despite the inclusion of members with pro-Russian foreign policies, such as Austria and Hungary, the presumable reluctance of the Franco-German duo and the Chinese competition.

It would be particularly positive to build as quickly as possible the energetic and transport infrastructure that would create a North-South axis in Eastern Europe, from the Baltic to the Black Sea, parallel to the similar axes in Western Europe, from the North Sea to the Mediterranean (already existent) and in Central Europe, from the Baltic to the Adriatic (on progress, through Germany, Austria and Italy). As the EU integration is evolving from West to East (and this could be seen not only on the political level, but also on the EU planned transport corridors), the lack of such an axis in Eastern Europe is clearly detrimental to the economic development of the region and also to the creation of a sense of communality of the nations of Eastern Europe, which perhaps looked too much to the West and ignored their neighbours. While this attitude was explainable in the 1990s and the first decade of the 21st century given the lack of capital and development of the region, nowadays the economic prerequisites are met for making this hugely important step.

Unfortunately, despite the interest lately showed by Ukraine for the participation to the 3SI, the current architecture of the Initiative and strategic considerations are leaving Kyiv mostly outside of this format. For the same reasons, Belarus and Moldova will not be able to significantly take part, even if they wanted, to the infrastructure projects developed by the Three Seas Initiative. However, these three East European countries left outside the EU and the Three Seas Initiative will be able, if willing, to connect to the emerging North-South corridor that it is being built right now right to the West of them. And who knows, in the future, if the geopolitical balance changes, a new similar North-South corridor might be established further East, having as its backbone Ukraine and Belarus.