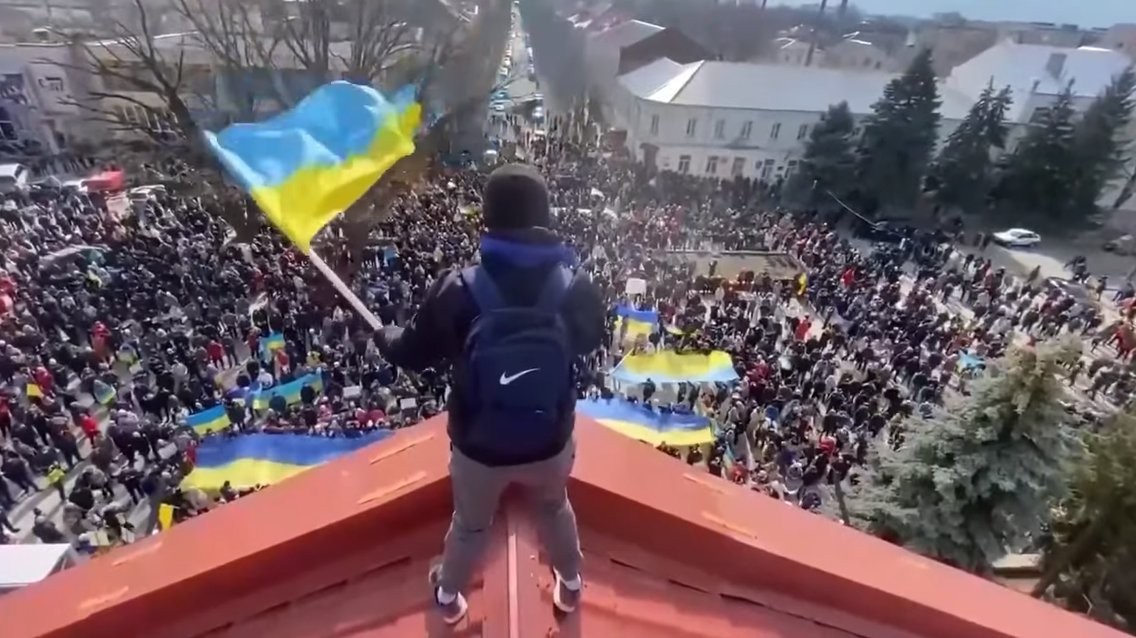 Have you ever been in one of those situations where events take on a life of their own? Where things just keep happening that seem beyond your control? Where everything you do becomes reactive? Where being at the mercy of events becomes the norm? Such situations are difficult enough on an individual level.

Now multiply that difficulty by millions of people, add in technologies that can make or break the lives of both individuals and nations, finally add in a large dose of chance and chaos. What you have is a recipe for history making events that can change the world. This is the situation that has developed in Ukraine over the past three and a half weeks. At the beginning of the year, no one would have thought possible the events that have happened in the Ukraine-Russia War. Now, the only thing certain is that there will be more uncertainty to come. The war is now well beyond any one person’s or nation’s control. How the situation plays out is as dependent upon unseen forces such as morale, willpower, and resilience. They now mean as much as logistics, soldiers, supplies and weaponry. At this point a wide range of outcomes are possible. Have trouble believing so? Just look at what has happened thus far.

Battles Within - The Believable & The Conceivable

From the Russian perspective, the conquest of Ukraine has gone from looking plausible to improbable. If or when the moment arrives that enough Russian soldiers believe victory is impossible, then there will be a decisive reckoning. Who would have believed that such an event would be possible? It started out seeming inconceivable and unbelievable. Now it looks conceivable and most importantly, believable. Who would have believed that the Russians at this point would have “control” of a single large city in Ukraine? That the citizens of that majority Russian speaking city (Kherson), would turn out in force each day to protest the Russian occupation. That marches would continue despite warning shots being fired in the air to disperse the protesters. That the citizens would refuse “humanitarian aid” from Russian forces. That masses of unarmed citizens would stand in the central square waving the Ukrainian flag. That the Russian leadership has even less idea of how to win the hearts and minds of Ukrainians, than they do of how to defeat the Ukrainian army.

Who would have believed that some of the meals ready to eat (MREs) carried by Russian soldiers were out of date by up to seven years? That fresh MREs were being sold on the Russian version of Ebay, most likely by those who stole them and are now trying to sell them as a profit. Who would have believed that boys, not men would be among those the Russians relied upon to subdue Ukraine? That these boys were told they were going on military maneuvers, rather an unlawful invasion of a sovereign country. Who would have believed that those in the field tasked with carrying out the Blitzkrieg into Ukraine would not even be told their strategic objectives until after the war had started? That within a few days their entire reason for being in Ukraine had been shattered by their fellow Slavs. Who would have believed the nation most in need of denazification was partly responsible for the defeat of Nazism during the Second World War? That use of the letter Z would become synonymous with neo-Nazism.

The Course of Events - A Life Of Their Own

Who would have believed all the events that have happened in the Ukraine-Russia war in less than a month? Likely very few. The Ukraine-Russia war has taken on a life of its own. Vladimir Putin cannot control what is happening, though he is certainly still trying. Neither can any single person. Both sides for all their vast differences, are at the mercy of unseen forces beyond anyone’s control. If there is something to truly fear in war, something that transcends defeat or death, it is that after a war begins events take on a life of their own. War has its own logic that influences the course of events. Where those events lead no one knows, but in the coming weeks and months we will certainly find out.